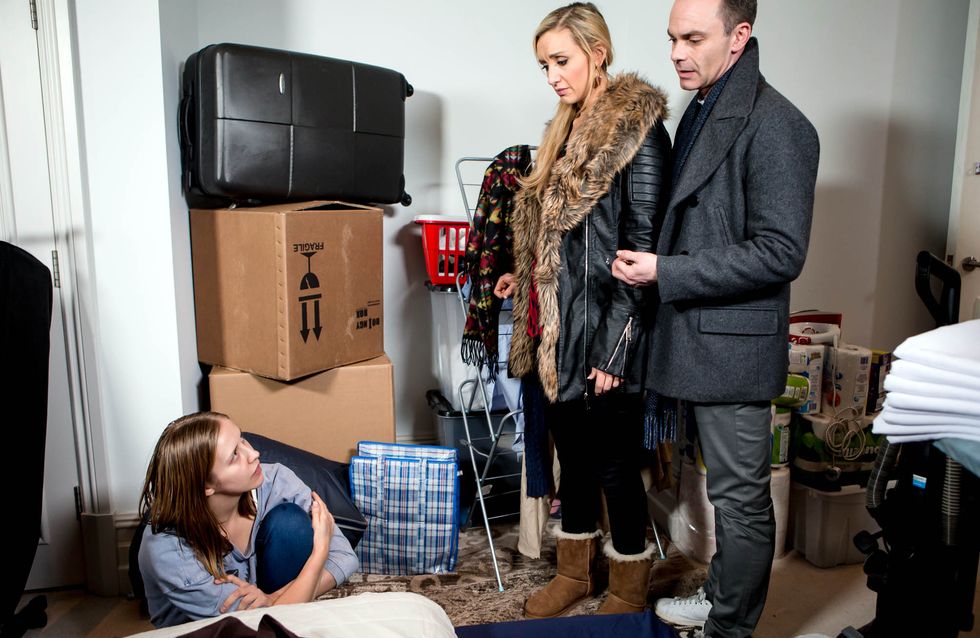 Aidan implores Eva and Billy to wait until O’Driscolls have paid their invoice before going in all guns blazing to save Marta. But as Billy and Eva stake out the O’Driscolls house they’re determined to rescue Marta and as Richie and Julia head off in the car they break in. The O’Driscolls call in the factory and to Johnny’s delight, increase their existing order. Aidan reminds them about the outstanding invoice and Richie assures him the money has been transferred. Explaining the exhibition they were going to has been cancelled they head home. Aidan tries desperately to get hold of Eva to warn her, but with no success. Finding a terrified Marta, Billy and Eva implore her to come with them to safety. But with the O’Driscolls returning are they too late?

Jason’s taken aback to discover Phelan stayed the night with Eileen. Phelan feeds Jason the same set of lies about Anna, making out they had an affair and that’s why she’s bitter. When Kevin offers Jason some building work at the garage but makes it clear Phelan isn’t welcome on the premises, Jason wonders if it’s because of Anna’s affair with Phelan. Kevin confronts Anna about her ‘affair’ with Phelan. When Anna denies an affair, Kevin demands she tells him the truth.

When Kylie finds one of Sadie’s scarves in the Salon lost property box, she tells David she’ll return it to Freddie after the funeral. Kylie calls at Freddie’s house and is shocked to see him through the window slumped over a bottle of whisky and a bottle of pills.

As Sally and Tim excitedly set off for the election results at the town hall, Norris is hurt to realise Rita voted for Sally. Will Sally return jubilant?

Spotting the break-in, the O’Driscolls enter their house with trepidation. They’re furious to find Billy and Eva there, about to make their escape with Marta. Billy threatens to call the police and have the O’Driscolls arrested on kidnap charges but Richie grabs the phone and shoves Eva up against a wall. Aidan suddenly arrives and comes to Eva’s rescue by punching Richie. Desperate to save his own skin, Richie suggests they leave the police out of it and offers to pay for Marta’s return to Poland. With his business under threat will Aidan be bought?

Anna finally reveals the awful truth about her ordeal with Phelan to a horrified Kevin. Meanwhile their relationship now official Pat and Eileen walk arm in arm past Kevin and Anna in the street. Pat suggests they should have dinner sometime and Kevin seethes. As Anna thanks Kevin for being so understanding Kevin hugs her tenderly and suggests they start afresh. Will Anna agree?

In a panic, Kylie approaches Freddie and checks for a pulse. Freddie stirs and explains that he had some friends over for a drink to give Sadie a proper send off. Kylie’s overcome with relief but her heart goes out to Freddie as he mourns his wife.

After Eileen breaks the news that she and Pat are now an item, Michael drowns his sorrows and pours his heart out to Gail about his split with Eileen. Gail tries to contain her glee. 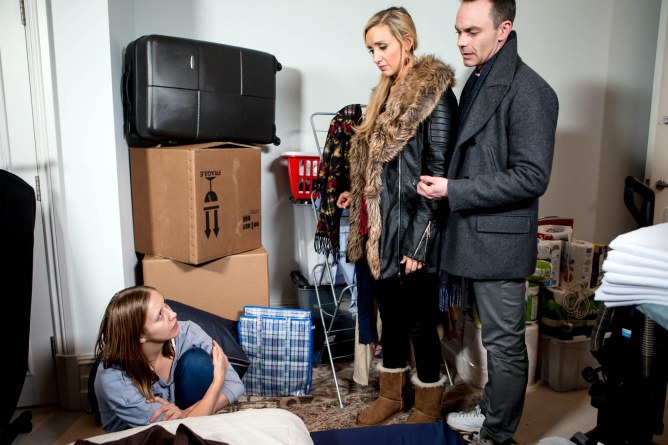