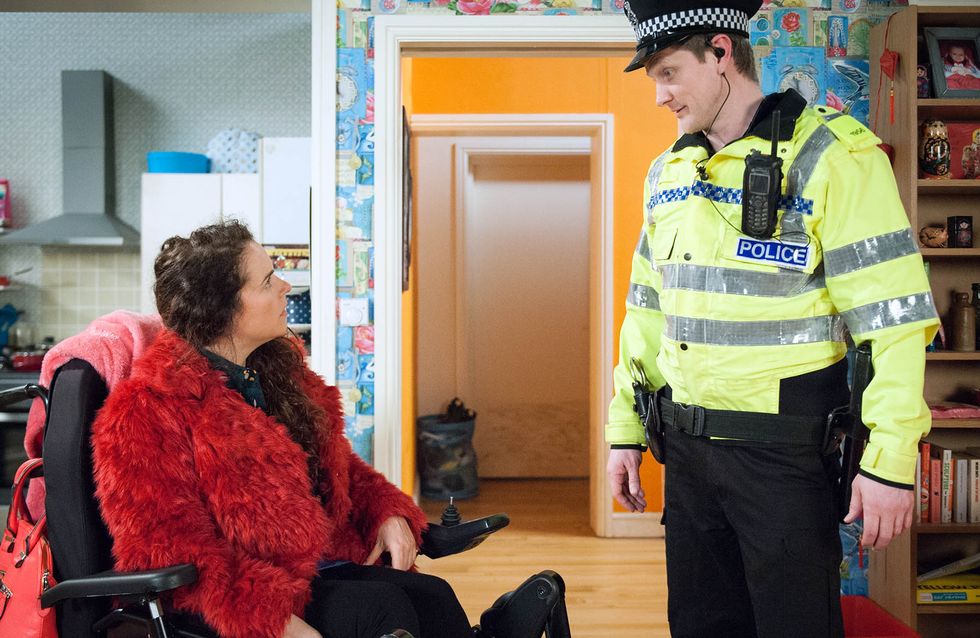 Masking her pain, Izzy assures Gary she’ll be there to support him in court.Having obtained the number of another dealer from Dane, Izzy makes arrangements to meet up with him. Gary heads to court with heavy heart. Izzy meets Marc, a known drug dealer and leads him back to her flat. As Izzy makes to pay for her drugs, the police force their way into the flat looking for Marc who legs it whilst Izzy is detained. When a police officer refuses to let Izzy take her painkillers,she sees red and charges at him, running over his foot and breaking it and is arrested for assaulting a police officer.

In the factory Johnny watches Jenny admiringly and Kate clocks their obvious chemistry. When a journalist from the Gazette calls at the factory wanting to interview Jenny about her life story, Jenny’s reluctant but with encouragement from Johnny agrees to do it.

When Billy takes a call from Lee, he’s clearly not happy. Rita confides in Todd that Billy’s on the phone to someone called Lee. Having stolen cash from the till, Lee does a runner from Preston’s Petals. Todd goes to phone the police but Billy stops him and finally reveals who the thief is.

Seeing Kevin rushed off his feet at the garage, Kylie persuades him to give Freddie apart-time job.​​​ 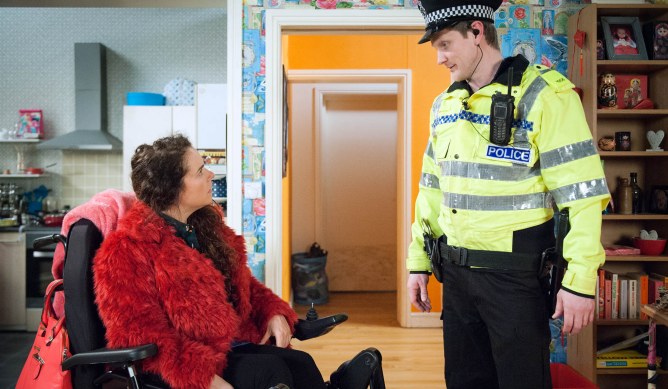