Liz reminds Steve she’s made him a doctor’s appointment but when Andrea can’t find a driver to take the factory girls to the awards ceremony, Steve volunteers (hurt after seeing Michelle kissing Hamish). The factory staff are in high spirits as they off. A drunken Beth gets left behind, while Tracy takes Izzy’s spot alongside Carla, Alya, Julie, Michelle, Sally, Sean, Sinead, Maddie and Kirk. When Steve fails to show up for his doctor’s appointment Liz is furious. Back on the minibus, Kirk realises he’s picked up Beth’s phone by mistake. A mobile rings under one of the
seats and undoing her seat belt, Sinead reaches out to get it. But as the minibus speeds along, some
boy racers cut them up causing Steve to swerve off the road. The minibus crashes and flips on its side!

Alya offers to accompany Gary to court but he insists she mustn’t miss her night out with the factory girls and Anna and Izzy will be with him anyway. How will Gary fare in court?

When Luke overhears Michael commenting on Steph eating for two now, he’s horrified to realise his sister’s pregnant. Meanwhile Steph tells Gavin how she hates having to lie but Gavin insists it’s the only way until Michael has had his heart operation.

Steve, Carla, Alya, Julie, Michelle, Sally, Sean, Sinead, Tracy, Maddie and Kirk lie motionless as the minibus hangs perilously on the edge of a precipice. As Steve regains consciousness he looks around him at the carnage, shocked to the core. Clambering out of the minibus Steve realises it’s in danger of slipping down a sharp slope. Unable to deal with the situation, Steve walks off. As some of the passengers regain consciousness and drag the injured to safety, the minibus suddenly lurches violently. Tracy locks eyes with Carla, realising she’s still trapped and with the bus teetering dangerously on a cliff edge, will Tracy help Carla get out alive?

Concerned for Roy, Yasmeen sends him home pointing out he finished his community service session some time ago.

Jason drags Gary into town in celebration of the fact he avoided a prison sentence. 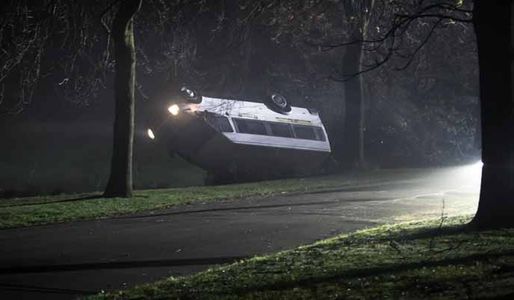