Eileen tells a miserable Marcus to go somewhere else to stay. Maria is furious when Fiz mentions she thought something was going on between the boys, and kicks her out of her flat. Marcus realises the magnitude of what he’s done, and his guilt weights heavily on him so he’s surprised when Maria agrees to talk to him. Will her words leave him crushed?

After the shock of seeing Roy’s encompassing model train in his flat, Fiz is pleased when Roy starts dismantling the set.

Stella is worried to hear that Kevin is returning and wants to move back into No.13. However, he agrees not to turf her out straight away as long as they make room for him.
​
Elsewhere, Maddie and Sophie give into their desires, and Eva moves in with Jason. 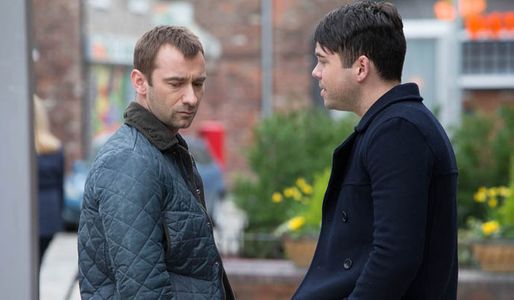