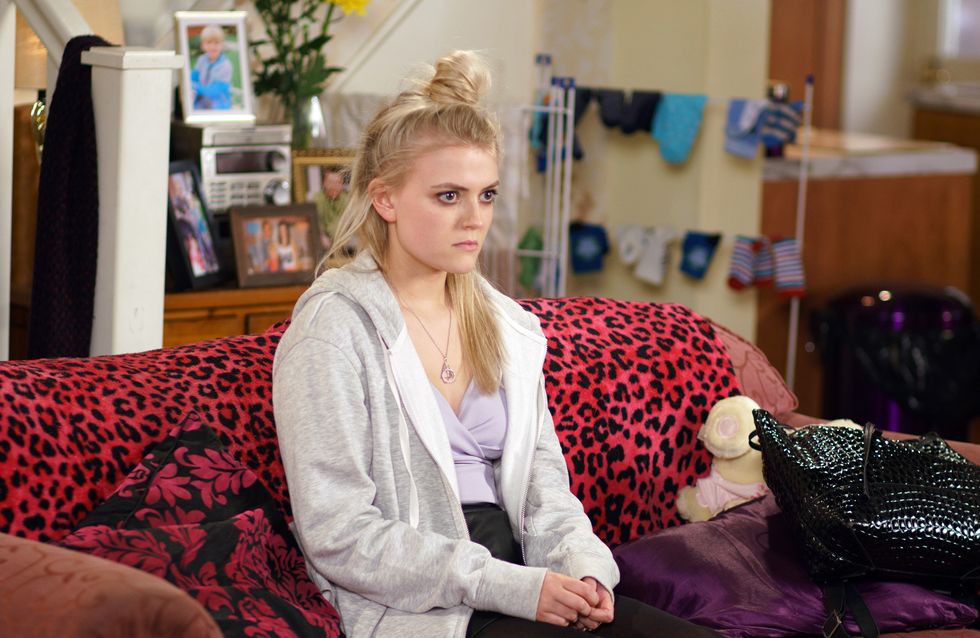 As Bethany sets off to the wedding fair to meet Sarah, Nathan pulls up in his car and orders her to get in. Sarah’s furious when Bethany doesn’t show up and sets off to the tanning salon on a mission. Having forced Bethany into a sexy outfit and plied her with alcohol, Nathan heads out to get his mate Ian for the party. Sarah lets herself into the flat and is horrified to see Bethany scantily clad and passed out on the sofa. Scared she calls Gary.

When Kate spots Johnny leaving Victoria Court with a good-looking woman, she wonders what he’s up to. After taking a call in the factory from a hotel confirming Mr Connor’s booking (it’s actually Aidan secretly booking a room for he and Maria) Kate jumps to conclusions and tells Aidan and Eva that Johnny must be having an affair. Aidan panics.

Stressed to the eyeballs Leanne’s day goes from bad to worse when she finds herself locked out of the flat and Oliver alone inside. Nick arrives home and rescues Oliver, leaving Leanne consumed with guilt and questioning her own parenting skills.

Upset to hear Drew’s taken a turn for the worse, Billy worries for Summer’s future. Todd does his best to appear sympathetic. Rosie calls at Adam’s flat and insists they search Daniel’s room for evidence and his locker at the bistro. Will they uncover anything to support Adam’s theory?

Nathan arrives home with Bethany’s next client in tow but is furious to discover Bethany gone. Having brought Bethany back to no.8, Sarah tells Gary she’s never letting her out of her sight again. But when Bethany wakes from her drunken stupor she panics that she’s late for Nathan’s party and goes to leave. Bethany’s shocked to discover Sarah and Gary have locked her in and goes ballistic, hurling ornaments at the wall. Can Gary and Sarah contain Bethany’s fury?

Aidan makes out that the hotel booking was made by him and was meant to be a surprise for Eva. Will Eva buy it or is his affair about to be exposed? Still suspicious, Kate calls round to see Johnny. When his leg gives way and he collapses, Johnny tries to play it down, revealing the woman Kate some him with earlier was a masseuse. Kate’s concerned as Johnny begs her not to tell Jenny.

Leanne breaks down to Toyah, worried she’s not a fit mother and that Nick’s right, she put her ex before her own son. Toyah marches into the bistro and tears a strip off Nick, accusing him of bullying Leanne because he’s jealous of Steve and Peter.

When Billy admits he’s worried that Summer could end up in care, Todd’s concerned. Will he agree to think about their predicament some more? Daniel and Sinead return from Oxford, explaining to Adam they would have stayed longer but Daniel has an exam in the morning.​​​​​​​ 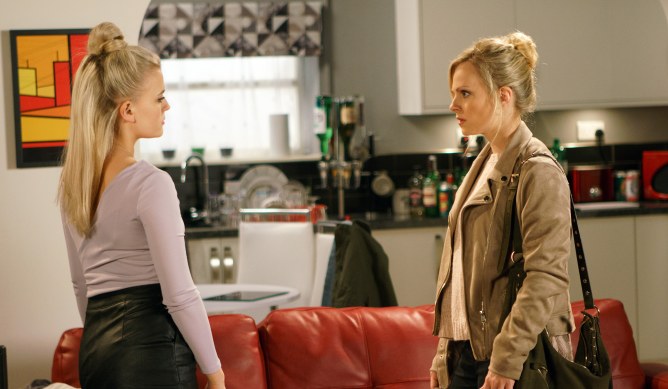