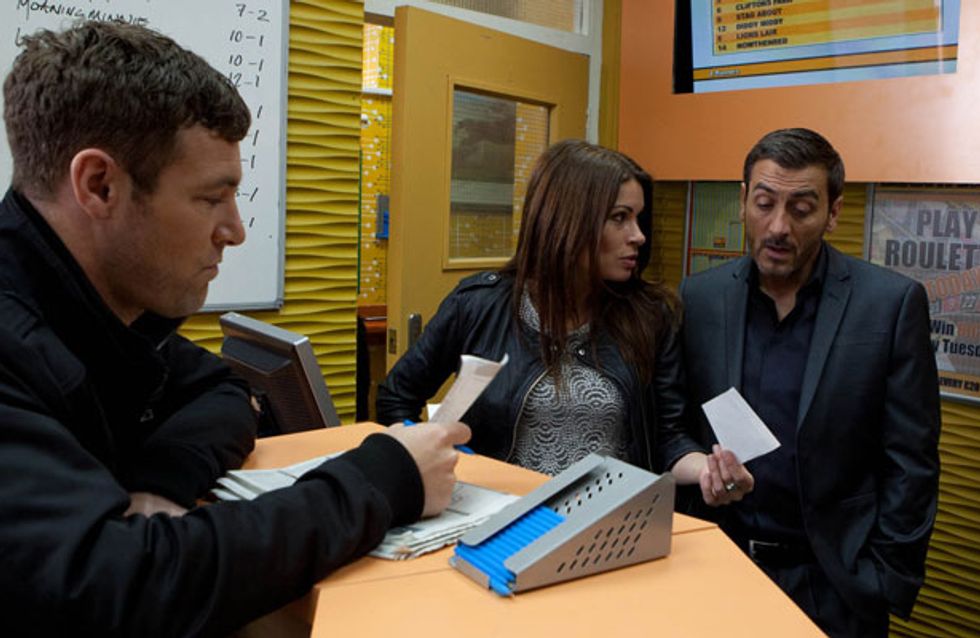 Carla and Michelle can't believe it when they hear that Rob and Tracy are planning to go into business together.

Elsewhere, Sylvia asks Hayley why she's been so jumpy of late. Hayley spills to Sylvia that she's worried because she has to go for more tests. Sylvia covers for her as she heads off for an ultrasound.

Also, Eileen and Mandy put their heads together to try to get Paul and Lloyd talking again, while Mandy and Jenna argue over Jenna's wasted career.

Rob's ecstatic as his horse is announced the winner, while the colour drains from Peter's face. Rob demands his £35k, but Peter can't pay up. Rob threatens to sue, but Carla begs him not to involve the law.

Meanwhile, Deirdre comes close to discovering where Tracy got half of her cash when she walks in on Rob and Tracy rowing over him gambling with their joint money.

Elsewhere, Hayley's had her scan and the monographer tells her the doctor will be in touch. When she calls at the medical centre, she finds out she has a blockage in her bile duct. She demands the doctor tells her what this means.

Also, thanks to Eileen and Mandy, Paul begrudgingly apologises to Lloyd, who reluctantly accepts his apology. 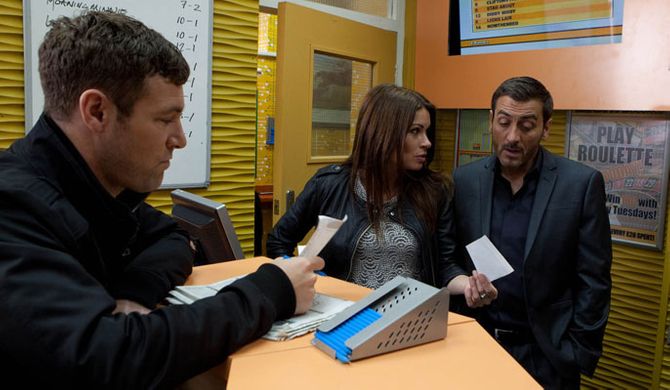 © ITV
by Esme Riley
From hair ideas to outifts, look no further for your daily inspiration