Coronation Street 19/11 – The wheels are coming off for Steve

Knowing he’s in the dog house, Steve apologises to Michelle, explaining he simply fancied a change of scene. He promises it won’t happen again and when he offers to help at the hoedown Michelle thaws. Meanwhile when Steve spots a sports car parked at the garage, he ignores Kevin’s words of caution and makes a rash decision to buy it. Calling in the bistro he excitedly tells Steph how he bought a sports car and insists she joins him for a spin. As Michelle prepares to set off for the hoedown, will Steve let her down again?

Gail and a nervous Michael seek out Gavin’s house. Nobody’s in but Gail insists Michael pushes a note through the door. Michael later gets a call from Gavin asking to meet him tomorrow. Michael’s petrified. Meanwhile Kylie’s on edge when she receives a text from Callum suggesting they meet up. Tempted, will Kylie agree?

Alya approaches Carla with trepidation. She’s surprised and utterly thrilled when Carla offers her the job of trainee manager.

When Dev laments to Mary that he’s been invited to a posh birthday party but has no
one to go with, Mary insists she’ll be his plus one. Dev has little choice but to agree. Tim’s touched
when Faye offers to teach him to read but will Sally be so forgiving? 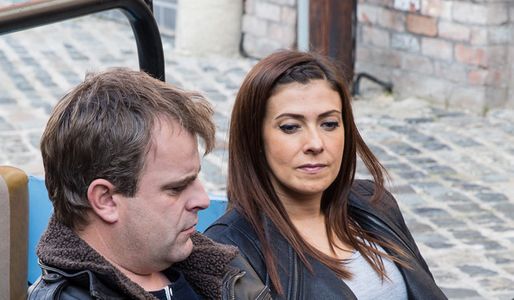