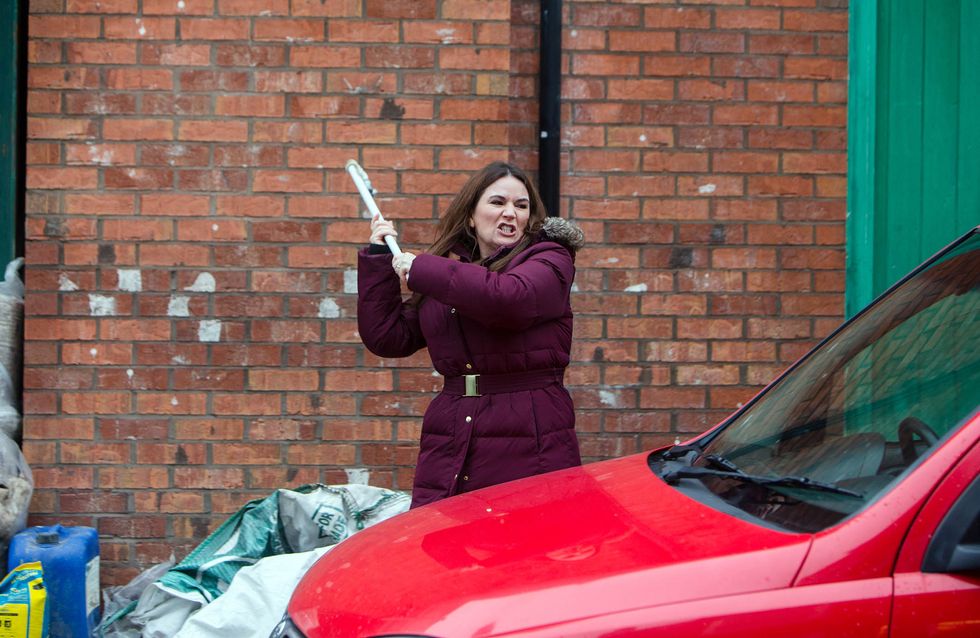 As Jason and Phelan prepare to start work on the new contract, Izzy and Anna approach the builder’s yard and are horrified to see Phelan loading the van. Enjoying her obvious distress, Phelan explains that Jason’s given him some work so he’ll be sticking around. Anna vows to have it out with Phelan once and for all and before Gary or Izzy can stop her, she storms back to the yard and sets about smashing up Phelan’s van. When Phelan arrives back, Anna launches herself at him, her hatred evident. Kevin rounds the corner and is stunned to see Anna attacking Phelan.

Having mulled over Tracy’s ultimatum, Carla confides in Michelle that this could be an opportunity to move on and start again. Carla sews the seed in Nick’s mind that it would be good to move away and start afresh. Taken aback will Nick agree to give it some thought?

Sally’s furious with Norris for telling the Gazette she’s opposed to the new supermarket as she’s married to a window cleaner and therefore supports small businesses. After tearing a strip off Norris for speaking to the Gazette without consulting her, Sally calls Tim, Liz and Norris to the cab office where she makes a shock announcement!

Johnny’s delighted as he shows Sinead the photos from the shoot. Sinead can hardly believe it’s her. Alya meets up with her old uni friend Rana in the bistro, it’s clear Zeedan fancies her.

As Anna continues her frenzied attack on Phelan, Gary and Jason pull her away. Appalled by Anna’s behaviour, Kevin orders Gary to take her home. Jason leads Phelan back to No.11 where Eileen fusses round him tending to his wounds. When Eileen insists Phelan stays for dinner, Michael’s put out. Gary and Izzy implore Anna to get a grip as to anyone who doesn’t know the truth, she appears unhinged. Calling at No.13 Anna apologises to Kevin for her latest outburst. Will Kevin accept her apology or has Anna gone too far this time?

Having reached a decision, Nick tells Carla she’s right, they should sell their businesses and start a new life wherever the mood takes them. Carla’s thrilled. When Carla confirms to Tracy that she and Nick will be moving far away, Tracy tells her she’s got a week to get Nick to sell the bistro to Robert.

As Sally’s news sinks in, Tim’s gutted, pointing out he loves his window cleaning round and doesn’t want to be cooped up in the cab office. Sally’s put out and when Norris highlights her lack of clear policies, she sacks him on the spot. Norris is furious. Clearly hurt, Norris off-loads to Rita. Having found Tim sulking in the Rovers, Sally assures him the reason she’s bought him half the Street Cars business is because she realises his potential and believes in him. Will Tim soften? Smiling tightly, Norris approaches Sally and drops a bombshell of his own!

Rana entertains Alya with stories of her travels and flirts with Zeedan who’s clearly smitten. In the Rovers, Liz admires Sinead’s modelling photos and Chesney listens in alarm as Sean enthuses about all the other modelling work Sinead has lined up. Can Chesney bury his jealousy? 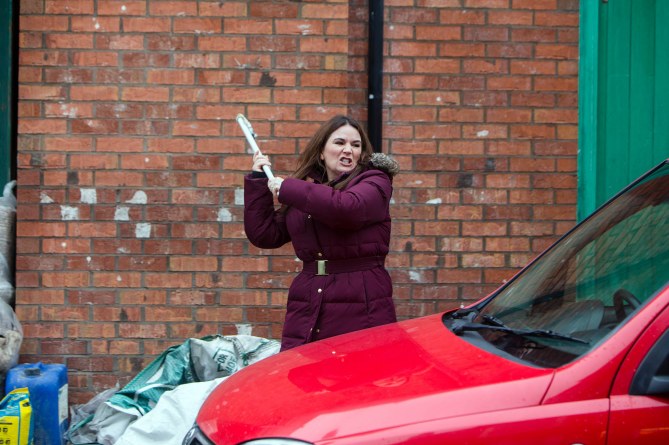