As the police question Kevin about the fire, Steph points out to Tyrone that Kevin would be unlikely to burn down his own garage as he wouldn’t be able to make an insurance claim. Given food for thought, Tyrone lies to the police, telling them thatKevin was in a drunken sleep and couldn’t possibly have torched the garage. Having been released,Kevin thanks Tyrone for sticking up for him. Tyrone angrily points out that he lied for the sake of his family, not him, in the hope the insurance company will pay out. When Andy finds out from Tyrone that Kevin’s missing laptop could contain vital CCTV footage, he forms a plan. Promising Steph that he’ll meet her at the airport, Andy sets about going through all the CCTV footage, in a bid to getKevin off the hook. He’s intrigued to come across Phelan admitting to Todd that he was behind the building scam. Having heard a knock at the door, Andy opens it and to his horror comes face to face with Phelan. Spotting his own image on the computer screen, Phelan demands answers.

Having been summoned by Michelle, Billy calls at the Rovers to discuss Ruairi’s funeral arrangements. Liz is upset to realise Michelle hasn’t involved Steve. When Nathan calls in the café, he’s shocked to find Shona working there. Shona serves him with ill concealed loathing and Roy’s curious. Having given Bethany the camera he promised her, Nathan lures her into his car suggesting she can film her online tutorials in his tanning salon. Meanwhile recognising Shona as the woman from the bar, David thanks her for having the decency to return his wallet. Shona hurries away leaving David bemused.

As Eileen excitedly prepares for her wedding, Todd wishes his Mum well, covering his dislike of Phelan. Chesney takes Sinead’s venus fly trap into work to show Gemma who suggests feeding it kebab meat for a laugh. When Sinead discovers her venus fly trap looking rather sickly, will Chesney confess? Convinced that what they need is a shared hobby, Tim presents Sally with two season tickets for Weatherfield County.

Simmering with rage, Phelan tells Andy that the whole reason for burning down the garage was to destroy Kevin’s laptop. Secretly pressing record on his phone,Andy quizzes Phelan about the building scam and Michael’s death. Having smelt a rat, Phelan makes a grab for Andy’s phone. In a desperate bid to escape, Andy promises Phelan he’ll destroy the laptopand he’ll never hear from him again. But as Phelan scrolls through the photos on Andy’s phone,scoffing at the ones of Michael, Andy snaps and clouts Phelan over the head with the laptop. As Steph waits for Andy at the airport she confides in Luke that their relationship has been under a lotof strain recently and she wouldn’t be surprised if Andy didn’t show up. Andy makes to leave but Phelan fights back, will he prove too strong for Andy? Meanwhile Eileen waits nervously for Phelan at the Register Office, while Steph continues to sweat at the airport. Will Eileen become Mrs Phelan? Will Steph & Andy escape Weatherfield?

Liz talks to Michelle about her own agony at losing babyKaty and how important it was for she and Jim to stay strong as a couple. Michelle apologises toSteve for cutting him out of the funeral arrangements and asks him to move back home.

In the tanning salon, Nathan films Bethany as she embarks on a French plait tutorial. As Bethany finishes her video, Nathan showers her with compliments and suggests that next time, she should show a bit of her killer body. Will a flatteredBethany agree?

Chesney begs Sinead to give him another chance, promising her he’ll never take her for granted again, will Sinead agree? David’s intrigued when Shona reveals that she’s working in the café and has moved in with Billy and Todd at No.11. Determined to find a hobby they can share, Tim shows Sally the second hand tandem he’s bought. Sally’s horrified but will she agree to give it a go?​​​​​​ 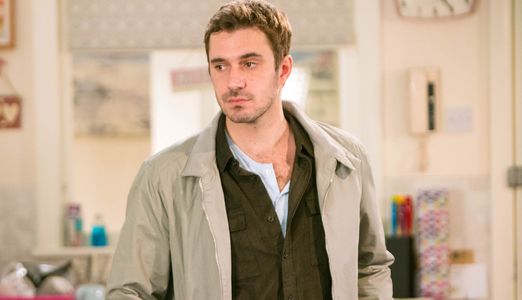