After a sleepless night, Jason feels terrible and wishes he’d trusted Eva and Tony. Todd feigns concern whilst Jason apologises to Tony for jumping to the wrong conclusion, telling him if it’s any consolation, he’s lost everything. In a last ditch attempt to save his relationship, Jason shows Eva the surprise tickets for New York which he’d booked. Pointing out that the flight leaves this evening, Jason implores her to forgive him. With bags packed, Jason’s on tenterhooks at No.11. as Eva arrives. Are they going to New York together or not?

Tony surprises Liz with some concert tickets but she’s not in the mood with Steve so poorly. Fed up, Tony’s only too happy to ‘to go over the accounts’ with Tracy. Leaving Todd in the shop, a scantily clad Tracy shows Tony into No.1. But when they’re interrupted by Ken and Amy, Tony’s forced to hide outside whilst Tracy stuffs his clothes down the back of a chair. As Eccles scratches at the toilet door, Ken wonders what she’s found. Are they about to be caught out?

Lloyd arrives back from Spain and Andrea’s thrilled to see him, however their mood is ruined when Chesney lays into Lloyd for allowing Steve to drive a cab again (Steve has just got into his taxi for the first time since the accident). With little choice, Andrea explains to Lloyd how Steve crashed the minibus, Sinead may never walk again and Steve’s been diagnosed with depression. How will Lloyd react?

Maria’s pleased to see Luke and Liam getting on so well.

Reiterating that they’re finished, Eva tells Jason that she won’t be going to New York as she’s going to stay with Gloria in France instead. Jason’s gutted. Todd drags Jason into town and plies him with alcohol, insisting he must forget about Eva. But when Eva admits to Leanne how much she loves Jason, Leanne persuades her to call him, hoping for a reconciliation. Todd picks up Jason’s phone and kills the call. Will Jason remains oblivious or can he save his relationship before Eva leaves for France?

Will Tony make his getaway or is he about to be rumbled by Eccles? Meanwhile when Tracy drops hints about the new man in her life to Liz, Tony’s furious and quietly lays down some ground rules. However Tracy lays down a few of her own and demands that he take her for a weekend away!

Steve arrives back from his taxi shift in an upbeat mood. Lloyd’s taken aback to see Steve so cheery. As he tries to engage Lloyd in matey banter, Lloyd snaps and confronts Steve over the fact he almost killed their business and put Sinead in a wheelchair. Steve feels terrible, admitting to Michelle his good mood was only a façade and inside he feels hollow. Can Michelle give him the reassurances he needs?

Luke gets his feet under the table at Maria’s as he offers his DIY services. Kevin entertains Jenny with dinner at home. But how will Sophie react when she walks in on their romantic meal? 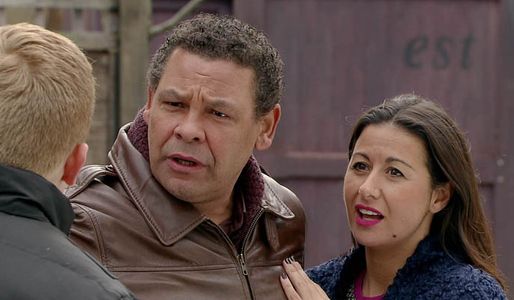