Excited at the prospect of a new life in Spain, Liz assures Michelle her job will be safe when Travis Ltd take over the pub. Michelle’s worried for her future and confides in Carla. Tony feels a stab of guilt. Will he waiver from his plan or is Tony too far under Tracy’s spell? Meanwhile Steve has a panic attack and admits he can’t face his stag do and the thought of going on a minibus so soon after the crash. Gary, Jason, Lloyd, Sean and Tyrone decide to go on without him. But the night Lloyd had planned in Liverpool falls flat and when Lloyd overhears the others complaining about the evening he takes offence and storms off. Tyrone goes after him and the pair find themselves aboard a fishing trawler. But as they hit the bottle is the night about to end in drama after all? Back in the pub the women attend Michelle’s hen night. But how will Michelle react when Carla offers to buy Liz’s half of the pub, thereby ensuring her job is safe?

Sarah tries to apologise to David for the trouble Bethany has caused but David gives her short shrift, telling her they should have stayed in Italy.

Kal suggests to Zeedan he should consider becoming a PE teacher.

​How will Sophie react when Maddie suggests they get a place of their own? 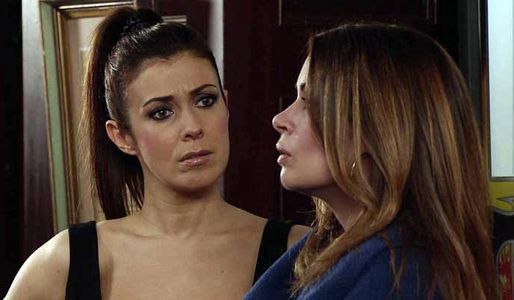