Robert dashes to the Rovers to fetch Nick whilst Phelan tries to find Carla’s pulse. As Carla is loaded into the ambulance, Tracy tries to mask her guilt. When Nick wonders what Carla was doing in the bistro, Robert quickly covers and Tracy shoots him a look of contempt, which is clocked by Todd. At the hospital Nick and the Connors are told that Carla needs an emergency operation. Will they op be a success? Meanwhile bent on revenge, Tracy sets off to the hospital to find Nick. As she approaches Carla’s bedside she overhears Nick promising Carla the most perfect wedding ever. Will Tracy smash his dreams or is another plan forming?

Anna confides in Izzy that Phelan’s back and that Kevin must never find out what happened between them. Meanwhile Phelan reveals to Kevin how he was once wealthy but after his wife caught him in flagrante, she took him to the cleaners and now he’s reduced to working as a labourer. When Phelan mentions that he and Anna have history, Kevin’s intrigued. Phelan calls on Anna and suggests they strike a deal. Will Anna be forced to hear him out?

David and Kylie arrive home and are horrified to find Gail and Jason rolling back the carpet in the annexe. Gail explains she’s pricing up under floor heating. Pushing her out of the way, David quickly pulls the carpet back but can he hide what lies beneath?

When Sally suggests they should petition the council about the mural, Tim jokingly suggests Sally should stand as a Councillor. But will Sally take it as the joke he intended? Worried about Carla, Roy decides to visit her in the morning and then return to Hastings to look after Sylvia. 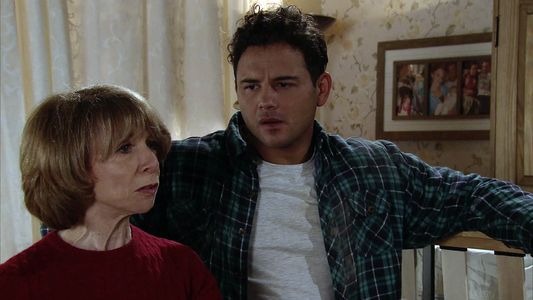