Sophie and Maddie have spent the night together, but Maddie’s worried when Sophie suggests they keep it secret. She packs a bag and leaves a note for Sophie. Kevin returns to the street, but Maddie immediately swipes a bag he’s left unattended. Kevin’s furious as he waits for the police, and Rita tells him about Sally’s burglary. How will Kevin react when he sees Tim crouching by the TV at number 4?

Leanne is jealous when Stella makes a move on Kal. Nick can tell she likes him and tells her to do something about it. Will she just ask Kal out already?

Todd persuades Julie to let Marcus stay with her so he won’t lose him. Marcus accepts, to Todd’s delight.

Elsewhere, Roy starts working in the café again, Michelle covers when Tina asks what’s wrong with Carla, and Tyrone offers Kevin a room at no.9.

Realising that he’s punched Sally’s new boyfriend, Kevin’s annoyed that he’s ruined his arrival. Sophie’s upset when she reads the note Maddie left, but when Tracy turns up with Maddie accusing her of selling stolen goods, Kevin recognises that it’s his stuff. Tim urges him not to tell police it was Maddie, and an annoyed Kevin leaves in a hug. Is he jealous of Tim?

Stella’s disappointed when Kal rejects her, and he admits to Leanne that he turned down Stella because he wants her. Will Leanne tell him she feels the same, or will her feelings for Nick take over?

Tina apologises to Peter, and Peter tells her he’s going to leave Carla but only when it’s the right time. Tina agrees to wait for him.

Elsewhere, Maria and Marcus come face-to-face in the pub and she scathingly attacks him. 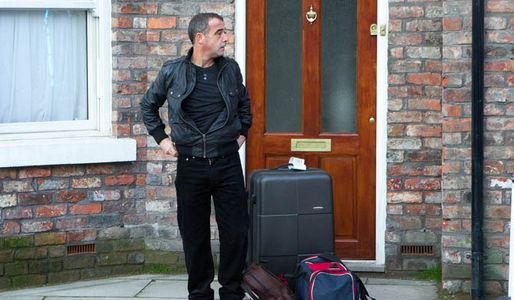