After their fight Hayley is staying at Fiz and Tyrone’s, while a worried Roy is comforted at the café by Sally. Hayley is suddenly taken ill and collapses and Roy races over to help her.

Rita starts asking about her ring and Dennis cracks and tells Tina the truth – that’s he’s sold it. Tina goes to buy it back using the money from her surrogacy fee, but will she be able to deal with a gloating Tracey?

As Michelle prepares to leave with Barry, Liz tells Steve it’s time to man up and apologise to his mum.

Elsewhere Stella and Gloria help out at the Bistro, while Gail turns her back on David – will he ever be allowed back into number 8?

Roy fears that Hayley’s cancer has spread, but it turns out to be a bacterial infection that they can treat with antibiotics. A concerned Fiz and Tyrone leave them alone to talk, and as Hayley apologises for leaving, Roy hopes that she’s changed her mind about ending her life.

Tina vows to get revenge on Rob and Tracy after buying the ring back for a considerable amount more than they paid for it. She’s even more furious when she finds out Tracy has purposefully told Rita exactly where her ring has been.

David apologises but Gail refuses to forgive him and hands him a bag of his clothes. Will Kylie allow him to see Lily or will she continue to demand he stays away from them?

Liz loves being back in the pub, but she makes it clear to Steve that he’ll need to pull his weight. 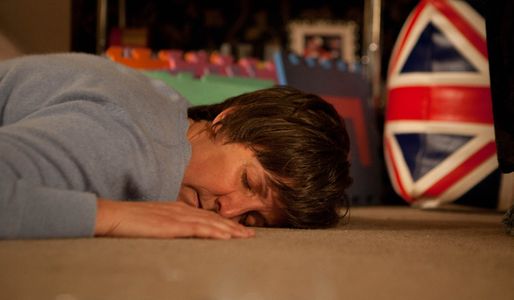