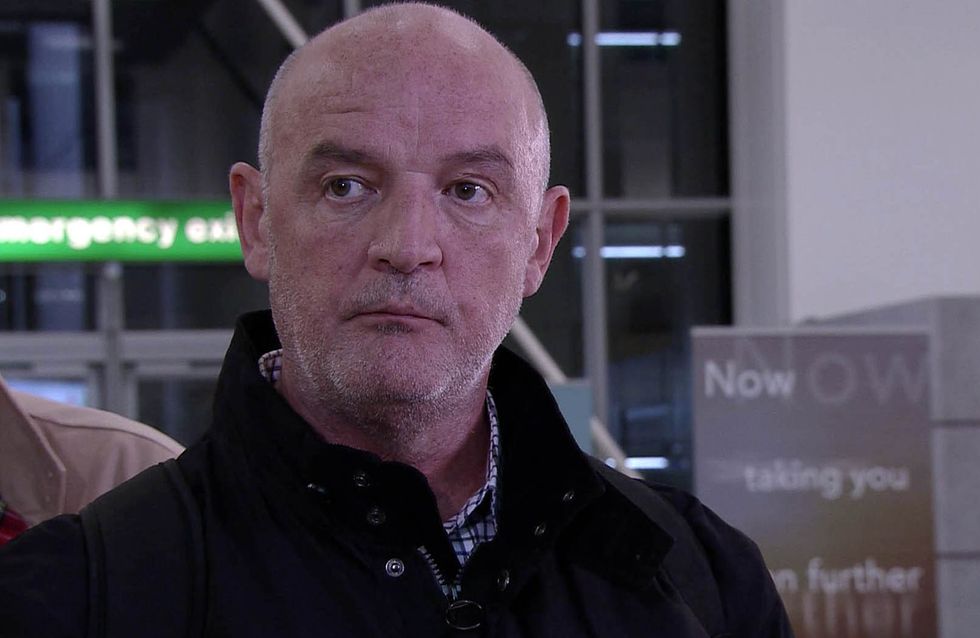 In the early hours, Phelan calls Vinny with the news their scam has been rumbled. Vinny insists they stick to the plan and meet later to travel to the airport together. Meanwhile Gail’s frantic that Michael’s been missing all night so Andy and Gary set out in search. Vinny catches a cab to the airport, telling his next-door neighbour that he won’t be returning. Guilty Todd grows suspicious of Phelan as he leaves the house bidding Eileen a loaded goodbye. When Todd arrives at the building site and discovers the office has been broken into, he calls the police, while Gail, Andy, David and Sarah convene in the Rovers to discuss Michael’s disappearance. Phelan arrives at Vinny’s ready to set off for the airport but learns from the neighbour that Vinny left this morning. Will Phelan make his getaway or has he been royally duped?

Roy’s unhappy as Michelle and Cathy come up with fancy ideas for the wedding. Clocking his anxiety, Brian suggests he makes a start on his groom’s speech, can he ease his friend’s worry when he needs to the most? Tracy quizzes Adam and Daniel about the stranger she caught snooping at No.1, suspecting they might owe money. Both deny all knowledge, but Daniel’s shifty, does he know more than he is letting on?

As Gemma eagerly anticipates meeting Peter Andre at the Good Samaritan Awards, Rita pampers her with lunch and a new outfit. Brian visits Ken at No.1 and reveals he has an interview at the council for promotion to a Recycling Czar. Adam and Daniel take the mickey.

As Phelan tries to get hold of Vinny he’s aghast to learn their bank account has been cleared. Keeping his suspicions to himself, Todd worries when Phelan doesn’t answer his phone but Phelan is already at airport check-in with his fake passport, unsure whether to abscond or stay to face the music.

Roy’s furious when, after reading a draft of his wedding speech, Brian points out the lack of feeling in it. Brian wonders if Roy actually loves Cathy and Roy’s silence speaks volumes. Clearly ruffled, Roy sacks Michelle as his wedding planner, preferring to take charge of the event himself. With the pressure piling on, how long can Roy keep up this wedding charade?

Tracy tries to find out more about Daniel but he remains unforthcoming. Peter questions Daniel on his home life and finances, still wondering if the mystery man was looking for him. Daniel storms off, fed up of the inquisition, leaving Peter even more certain that something’s amiss. Gemma returns from the awards ceremony with her trophy and a face like thunder - what could have possibly gone wrong?​​​​​