Coronation Street 21/3 - It's hard labour for the Platts 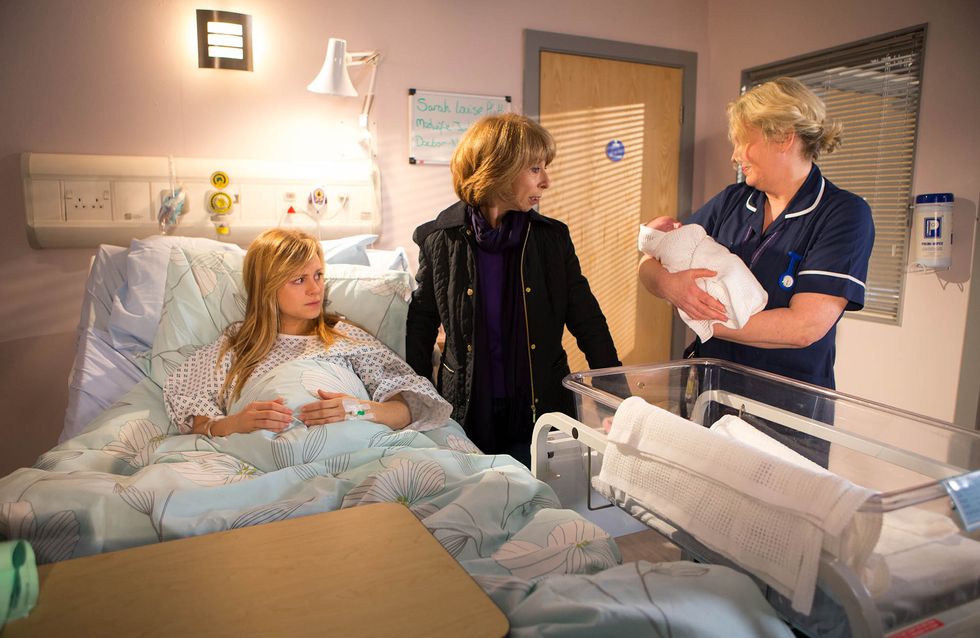 Todd bumps into Sarah who’s been shopping for the new baby. Moved by the reminder of their past, Sarah gets emotional so Todd steers her into the flower shop. As Todd talks fondly of their late son Billy, Sarah suddenly has a contraction and panics that she’s five weeks off her due date. Leaving her with a reluctant Tracy, Todd charges off to fetch help. As Sarah’s contractions intensify she’s relieved when the ambulance arrives, and Todd with David. As she’s wheeled into the maternity unit, a terrified Sarah fears there’s something seriously wrong.

Anna’s outraged when Todd voices distaste at her affair with Phelan and throws him out of the café for spreading lies. When she then catches Mary, Sean and Andy gossiping about her and Phelan, Anna’s mortified, unable to set them straight. Kevin tries to comfort her but it seems everywhere they go they just can’t escape Phelan.

Aidan calls on Johnny and explains how he and Eva shopped the O’Driscolls to the police for keeping a domestic slave and consequently Underworld has lost their account. Johnny’s stunned. As Johnny and Aidan try in vain to drum up some new business to fill the gap left by the cancelled O’Driscoll order the staff start to fear for their jobs. Meanwhile a smartened-up Marta calls into the factory looking for Eva.

Lauren and her cronies accost Bethany in the street. A passing Gemma steams in and sends them packing, but not before Lauren snatches Bethany’s mobile.

David and Todd beg Sarah not to fret as she’s taken into the delivery suite. As Kylie helps Freddie sort through his wife’s clothes for charity she fails to notice the missed calls on her mobile. David holds Sarah’s hand as she struggles in labour. When the consultant advises a Caesarean is required for the baby’s sake, Sarah refuses outright, reminded of Billy. Suddenly seeing her messages Kylie races to the hospital as Audrey, Gail and Nick finally arrive too. Todd tackles a distressed Sarah and implores her to do what’s best for her baby. His words get through and she consents to the C-section. As Sarah comes to with Gail by her side, the midwife presents her newborn son and troubled Sarah seeks reassurance that he’s okay.

Pat hides his annoyance from Eileen when Anna and Kevin ignore him in the Bistro. To wind up Pat, Kevin sends a bottle of wine over to his table as a gift. Eileen’s shocked when Pat storms over and furiously warns Kevin not to mess with him. An unruffled Kevin calls Pat a bully. Pat lies to Eileen that Kevin’s gesture hurt his pride now that he’s on his uppers. Will Eileen be appeased?

Aidan joins Tyrone and Kirk for a game of darts in the Rovers. Tyrone’s humiliated when he can’t afford to buy a round. Making his excuses, he hurries home and tells Fiz he’s sick of scrimping and intends to earn extra money somehow.

Aidan brings Marta to see Eva in the Rovers. Eva’s moved as Marta reveals she’s returning to her family in Poland thanks to her. At No.8, Craig and Caitlin babysit Max and Lily but are horrified when Lily manages to cover the kitchen in Craig’s spray paint. 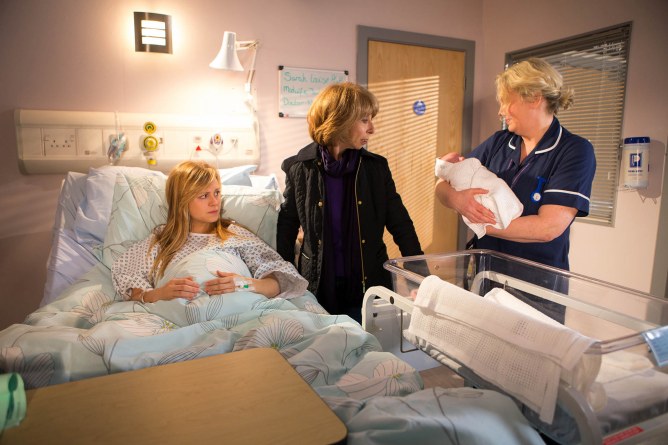