Coronation Street 21/9 - Cathy Gets More Than She Bargained For

Roy reckons preoccupied Cathy has forgotten his birthday but Anna’s convinced she’s planning a surprise party. Cathy however has other things on her mind and returns to Nigel’s house, this time refusing to be fobbed off and forcing her way inside.Realising Cathy has forgotten, Anna, Alex and Ken arrange a party in the café, intending to let Cathy take the credit. Cathy rants at Nigel for deserting Alex as a child and scoffs at the measly allowance he sends. Nigel snaps and darkly suggests she looks into the source of the payments. Refusing to elaborate, Nigel throws Cathy out. Back at the café, it’s Cathy who’s surprised by the party taking place. Roy hides his hurt that she forgot his birthday. Rattled by Nigel’s words, Cathy rifles throughAlex’s bank statements. Cathy informs Yasmeen that Alex’s allowance payments carry a strange reference which have made her wonder if Nigel is in fact Alex’s dad?

Phelan coaches Todd in selling the vision of the new flats, supplying him with a glossy brochure to impress the punters. Phelan’s impressed as Todd effortlessly charms Sharif with his sales patter. Sonia hints to Sharif that she’d love to live in one of the flats. But Todd’s uncomfortable when Phelan gets him to target Alex and seeing Billy watching with disapproval,guilty Todd abandons his sales pitch. Phelan warns Todd that if their venture fails, it’s Jason andEileen who will lose out.

Alya confides in Zeedan and Rana her suspicions about Sonia and Sharif flirting but will Zeedan share her concerns?

Alya’s thrilled when Aidan expresses interest in reviving her sideline project. A subdued Freddie tells Kevin he and Audrey have agreed to be friends. Guessing it’s not what he wants, Kevin encourages him to follow his heart. Mary offers to replace Todd in the flower shop, will Tracy agree? 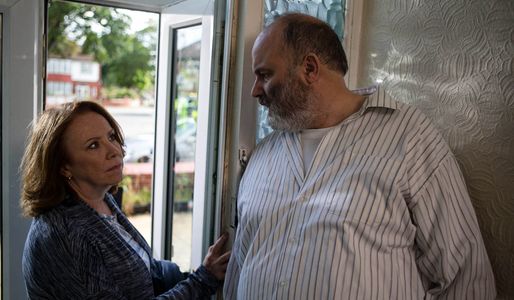