Scared to death and trapped in the boot of Callum’s car, David shouts for help, as Andy explains to a horrified Nick and Gail how David tried to plant drugs on Callum. Insisting David needs teaching a lesson, what has Callum got in store for David? Meanwhile back at the Platts, Steph and Andy row when Andy suggests he moves away and starts afresh on his own. Deeply hurt Steph tells him they’re finished before confiding in Luke how Andy’s been leading a double life and masquerading as Michael’s son Gavin. How will Luke react to her revelation?

Jenny lies to Kevin but when Jack lets slip that Jenny took him to see the doctor, Kevin demands to know what’s going on and why she lied to him. Jenny admits she spotted a rash on Jack’s neck but realises she overreacted. Kevin says he needs to be able to trust Jenny if their relationship is to work. Sophie warns her dad that Jenny’s behaviour is strange.

At the allotments, Roy and Cathy enjoy a cup of tea together. Cathy asks Roy about Hayley and tells Roy how her own husband died of cancer 6 months ago. 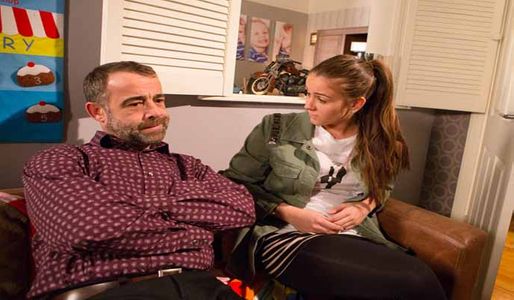