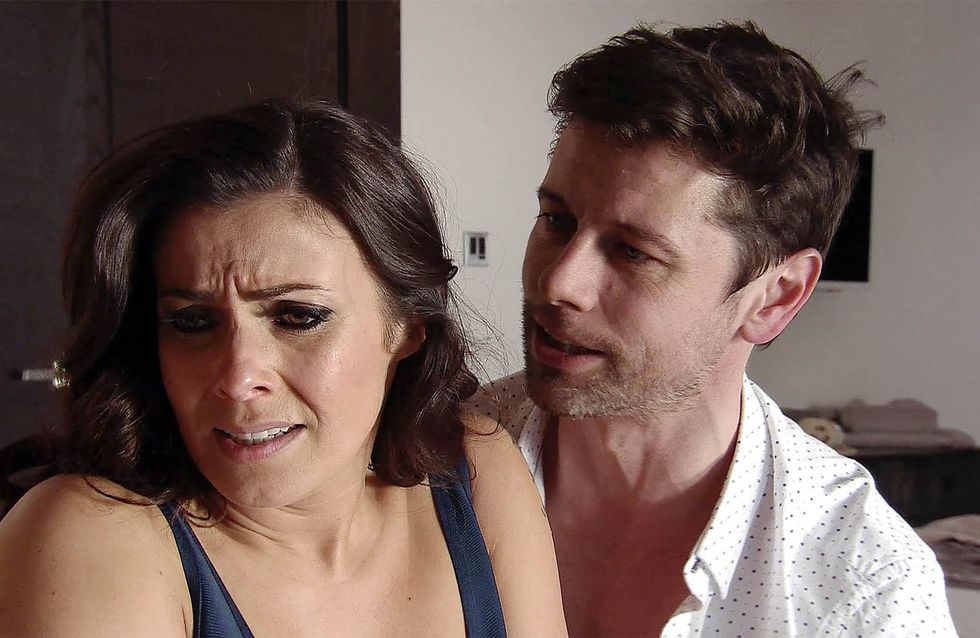 As Michelle opens her birthday cards, a bouquet arrives but they’re from Will, not Steve and Michelle is disappointed. Will calls at the pub with a birthday cake for Michelle and telling her Saskia’s away, suggests she comes round for dinner. They’re interrupted by Liz whose disapproval is evident. When Tim unwittingly reveals that he’s sent a driver to the airport to collect Steve, Michelle’s overjoyed to realise her husband is coming home for her birthday after all. When it emerges that Steve wasn’t on the flight, Michelle is upset and convinced Steve no longer cares about her. She heads to Will’s house. Kissing her on the cheek, Will shows her in.

Sally’s annoyed at Tim for failing to deliver the leaflets advertising the meeting about the proposed Freshco plans. When Rita lets slip that Sally is on the Planning Committee and intends to fight the Freshco development, Phelan takes her for a drink and tries to get her on side over the Freshco's development. Will he get his way?

Whilst Kate makes up a bed for Caz’s return, Johnny warns her not to get her hopes up as Caz has made her feelings perfectly clear. Caz arrives home on crutches and as Kate and Johnny help her into the flat, Sophie approaches but Caz gives her short shrift leaving Sophie’s feelings hurt.

Bethany admits to Luke she’s being bullied and Luke’s deeply concerned. As Lauren and her mates lay into Bethany at a bus stop, Luke swings by in a sports car and the pair roar off leaving the bullies open-mouthed. Bethany thanks Luke for coming to her rescue. Alex arrives in the café hungover and sporting a tattoo and Cathy’s seriously unimpressed.

Liz breaks the news that Michelle’s party is cancelled as Steve failed to show up. Michelle confides in Will she just wants to be with someone who cares about her. Will kisses her and she responds passionately. Steve arrives in the Rovers, tanned and relaxed and carrying a cane donkey. Liz demands to know where he’s been. Michelle leads Will upstairs and they kiss again. Suddenly coming to her senses, Michelle pushes Will away and telling him she loves Steve, leaves in haste. Will’s disappointed. Michelle arrives home to find Steve in the living room. They hug and Michelle cries in his arms, regretting what has happened with Will.

Phelan breaks in and trashes the community centre. Todd watches him leave, wondering what he’s been up to. Yasmeen’s shocked to discover the wrecked centre but Phelan steps in and offers to sort out the mess at a knockdown price. Yasmeen’s grateful for his kindness. Sally moans to Tim and Todd how the Freshco's meeting is off as the community centre has been trashed, but what a saviour Phelan has been. Todd’s suspicious and confronts Phelan telling him he might have fooled everyone else but he knows he was behind the community centre vandalism. Phelan’s unfazed.

Cathy’s alarmed to learn from Alex that Nessa is out with her new boyfriend all the time and takes little or no interest in what Alex gets up to. Cathy’s not happy to find Alex drinking with the lads in the Rovers.

Caz blames Sophie for ruining her wedding. She tells Kate that if they’re to salvage their relationship, she can’t be friends with Sophie any more. Kate relays this to Sophie who is very upset. 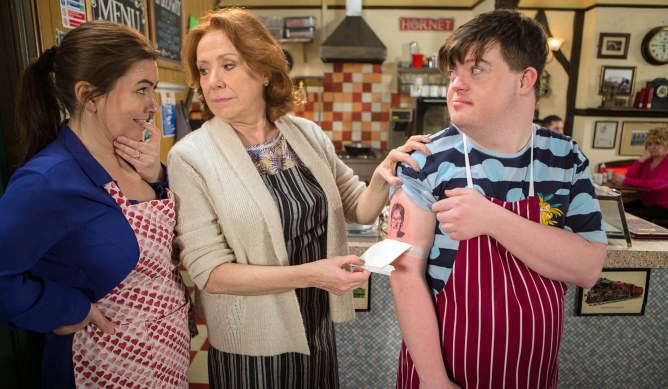