When Hayley makes a mistake at work before asking for time off, she's forced to admit it's for her CT scan. Carla can see that Hayley is terrified and so offers to drive her to the hospital. In the waiting room, Carla attempts to make small talk - but what will Hayley's prognosis be?

Elsewhere, Rob wants to press his case against Peter, but with family loyalty kicking in Tracy suggests they can be more intelligent. Tracy lays it on the line to Peter and Carla - they want the bookies shop for six months, rent free - or they'll sue.

Also, Nick and Leanne arrive home from their spa break, closer than ever. A simmering David decides to up the ante and gets his phone out to call trading standards.

Hayley is floored when the consultant tells her she has stage two pancreatic cancer. The doctor explains she'll need an operation to remove the tumour and unblock the tubes, then she'll need chemotherapy. Hayley returns to the Street feeling numb.

Elsewhere, Peter and Carla realise they're being blackmailed - they have no choice but to accept Rob and Tracy's deal. A frustrated Peter admits to Deirdre that Carla being the sole breadwinner makes him feel emasculated.

Meanwhile, word spreads that Tracy and Nick's new business venture will be a cash converter.

Also, Nick's stunned when the trading standards inspector reveals that provisional tests suggest his spirits have been watered down. 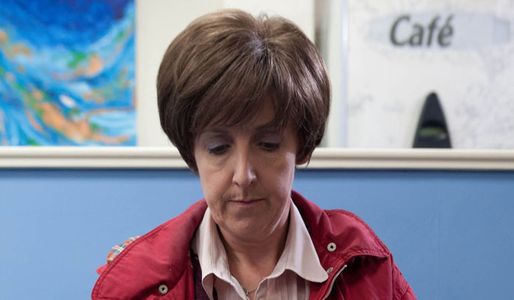