Coronation Street 22/10 – Jim's hoist by his own petard 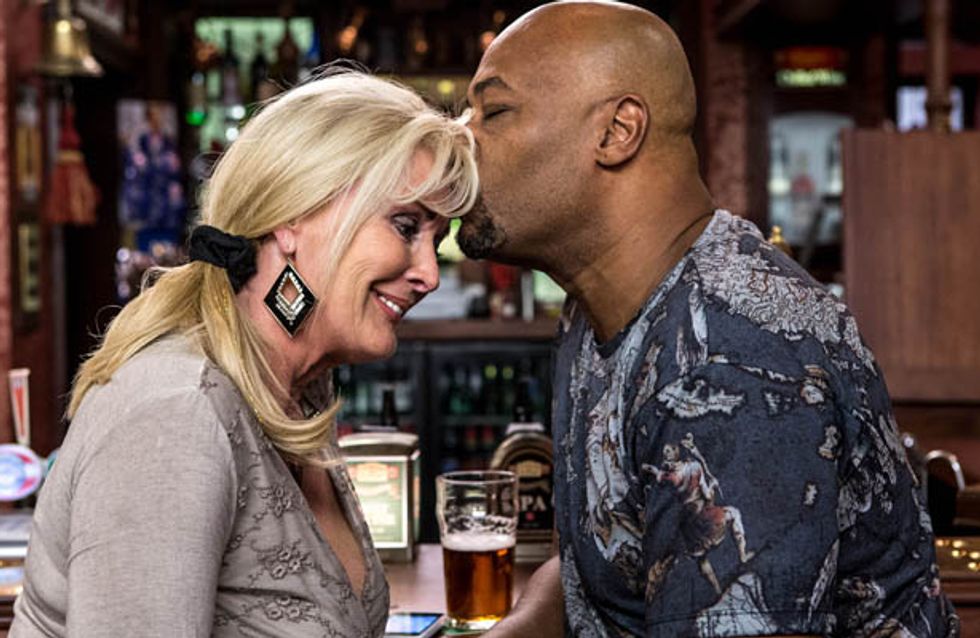 Steve visits Jim and reveals he knows Jim was only using him to get to Liz and how he resorted to blackmail using Peter as his weapon. Furious with his Dad, Steve reports Jim for illegally using a mobile phone to harass Liz. Jim’s incandescent as he’s dragged away by the prison officers. Back on the street Tony and Liz celebrate the fact they’re back together but the mood is broken when Steve arrives home clearly shaken. When Liz then suggests to Tony he should move into the Rovers with her, how will Steve react?

Feeling terrible, on a come-down from her last drugs hit, Kylie does her best to appear normal in front of David. Alone in the salon she’s about to take her last wrap of speed when Maria arrives with Liam. Kylie quickly hides the drug in her nail box. When Liam opens the box and starts playing with the contents, Kylie goes berserk, making Liam cry. As Maria and Kylie row, David and Audrey return, is Kylie’s habit about to be discovered?

Aware Roy doesn’t like being alone in his flat, Tyrone and Fiz invite him for dinner with Chesney and Sinead. But when there’s a knock at the door everyone’s stunned as Cilla enters, clutching an overnight bag with her wrist in plaster. How will Fiz and Chesney react?

Elsewhere encouraged by Eileen, Tony finally swallows his pride and apologises to Liz. Will they kiss and make up? Yasmeen, Sharif, Kal and Zeedan put the finishing touches to the new community centre. 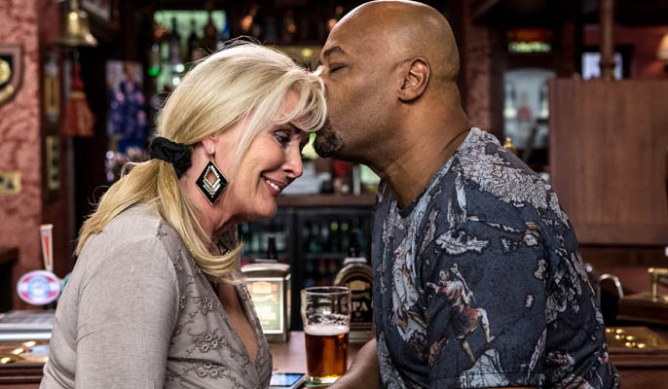