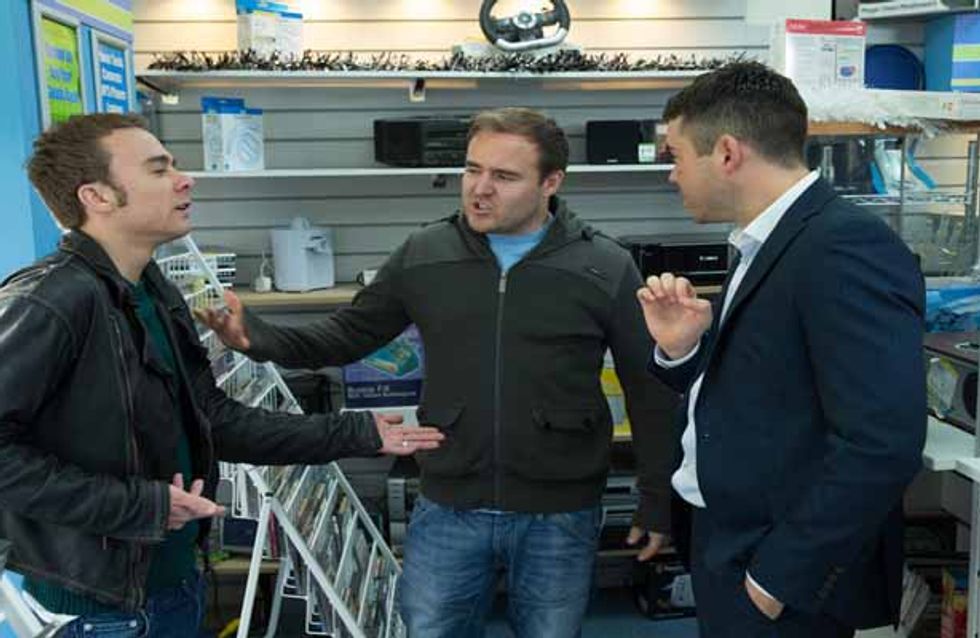 Tony and Tracy hurriedly get dressed, both regretting their moment of madness. Tony asks Tracy to keep quiet about it and she bitterly agrees. Meanwhile as Liz waits impatiently for Tony to arrive for their night out, Todd spots Tracy getting out of Tony’s van. Tony eventually turns up at the Rovers, to Liz’s relief, but Todd’s intrigued when he lies about where he’s been and claims he hasn’t seen Tracy. Is Todd onto them?

Lloyd and Andrea are perturbed to learn that Steve’s wasting even more money on restoring his car. Lloyd decides to talk to him but Andrea urges caution, revealing he’s been having health issues. As Lloyd tackles Steve about his visit to the doctor and his weird behaviour, how will Steve react? Meanwhile Steve transfers £4000 of Street Cars’ money into his own account.

Steph and Gavin flirt as they work side by side at the bistro. When Nick and Erica call in, Steph announces she’s employed Gavin as permanent barman as she refuses to hold the fort alone over Christmas.

Rob’s sentencing is the talk of the Rovers. When Norris makes an insensitive remark Carla walks out and it’s left to Roy to console her as she struggles to deal with the news.

When Kal finds Gary and Alya chatting in the street, he angrily
sends Alya back to work and tells Gary to stay away from her. In an effort to be civil, Izzy allows Gary
to take Jake for the afternoon. But while he steps in to help Roy, who’s getting hassle from some
teenagerss in the cafe, Jake cuts himself. When Izzy spots Jake’s cut, she immediately blames Gary for
his lack of care. Witnessing this Owen turns on Gary, issuing a few home truths of his own!

Desperate to ensure they have the best Christmas ever, Kylie arrives home laden with presents and asks David to buy something special for Lily. Meanwhile Kylie’s unnerved when Callum drops his car into the garage for a service and tells her she’ll be seeing more of him. Calling in the Rovers, Callum flirts with Liz first then Eva. What is Callum’s game?

In an effort to appear less miserable, Steve suggests they hold a massive Christmas party at the Rovers. Liz is unimpressed when Steve invites Tracy along too, while Tracy winds up Tony, pointing out he’ll be spending Christmas Day with both she and Liz. Meanwhile when Steve arrives back in the pub laden down with bags of goodies Liz is taken aback by the amount of stuff he’s bought. As he pays for the work on his car, where is Steve getting his cash?

Tim shows Sally a picture of a second hand sofa he’s found but will it live up to Sally’s expectations? 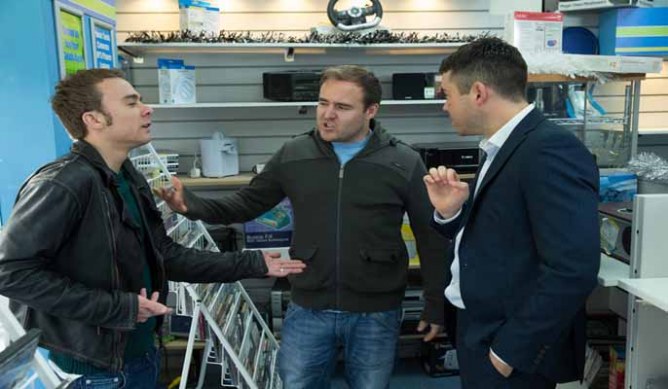