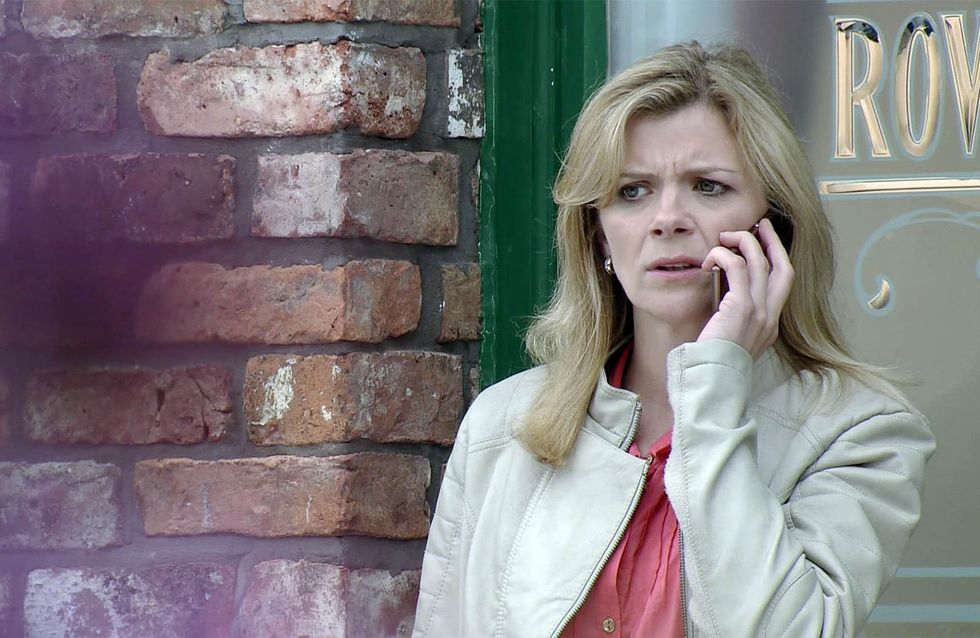 Leanne makes Simon promise to keep the baby a secret but refuses to discuss who the dad is. Simon’s hurt and Leanne feels guilty. As Simon passes Liz and Michelle, his shopping bag splits and a baby grow falls out. Leanne rushes over and quickly covers, making out it’s for a friend of hers. Leanne confides in Steph that she’s going to break the news to the father of her baby. Leanne hugs Simon and assures him she’ll love him just as much as her new baby. Leanne heads to the Rovers, but realising her news would be best delivered without an audience, she phones the daddy and summons him outside.

​An excited Sally reveals to Tim that the Mayor of Weatherfield and his partner will attending their soiree. Meanwhile Yasmeen sets about drumming up guests for her rival party. With the party in full swing, Sally enjoys playing hostess. Ken, Norris and Freddie tuck into the canapés while Craig waits on. When Martin the Mayor arrives with his partner Terence,Sally’s put out to see they’ve brought their dog with them. In contrast, Yasmeen’s soiree is a scant affair with few guests and the thumping music from next door only highlighting the downbeat mood.As Sally lights the sparklers on her croquembouche, angry Yasmeen barges her way in demanding they turn their music down. To Sally’s horror, the mayor’s dog escapes through the open front door.
​

When a delighted Jenny announces that Johnny’s given her a month’s trial as a machinist, Kate, Sinead and Beth are pleased for her. Touched by his kindness, Jenny thanks Johnny for giving her a chance. Johnny suggests they go out for dinner to celebrate.

Gail and Audrey gently suggest to David he needs to start thinking about Kylie’s funeral and what she would have wanted. Erica returns from her mother’s and immediately detects thatDev’s behaving strangely. Dev admits to Erica he slept with Mary at the spa hotel. Mary is as shocked by his revelation as Erica.

As Leanne confronts the unsuspecting dad he is shell-shocked at the news, and rounds on her calling her irresponsible and the row escalates. She assures him that she doesn’t want any money and doesn’t expect him to play any part in their child’s life. He’s horrified to realise she intends to keep the baby. Leanne explains to the father how this could be her last chance to have a baby. Despondent he is forced to agree.

Sally’s party guests search in vain for the Mayor’s dog. Sally blames Yasmeen, pointing out that if she hadn’t barged her way in the dog wouldn’t be missing. Sally lambasts Yasmeen, telling her that if they don’t find the Mayor’s dog she’ll be a laughing stock at theTown Hall and it’ll be the end of her career. At her wit’s end, Sally opens up to Yasmeen and explains how she came from a rough background and has only ever wanted to better herself. Yasmeen softens towards her and suggests they’re two of a kind. Sally and Yasmeen return to No.4 firm friends. They’re taken aback to find Sharif, Tim, Martin, Terence and their dog watching a DVD.

Realising she’s been stood up by Johnny and masking her disappointment, Jenny heads to the Rovers for a drink with Kevin. Still cut up over Caz, Kate asksJohnny to spend the evening in with her. Johnny hasn’t the heart to tell her he should be on a date with Jenny. Johnny finally calls for Jenny and apologising profusely explains he had a family crisis.Jenny’s sympathetic but insists they call it a night. Johnny’s disappointed.

Mary’s flattered but assures Dev that he passed out drunk at the spa hotel and nothing happened between them. Gail and Audrey arrive home to find David, Max and Lily colouring in at the table. David explains they’re making things for Kylie’s funeral. Gail’s choked with emotion.​​​​​ 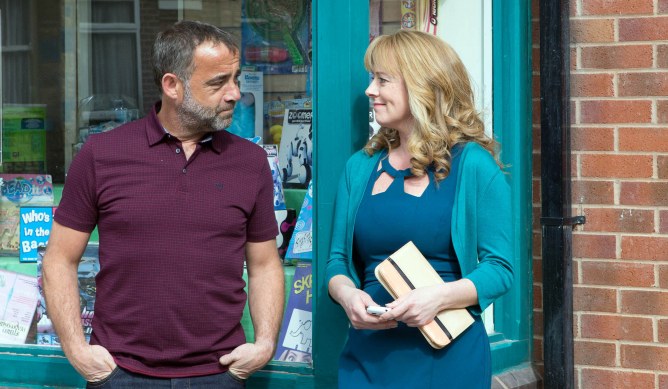