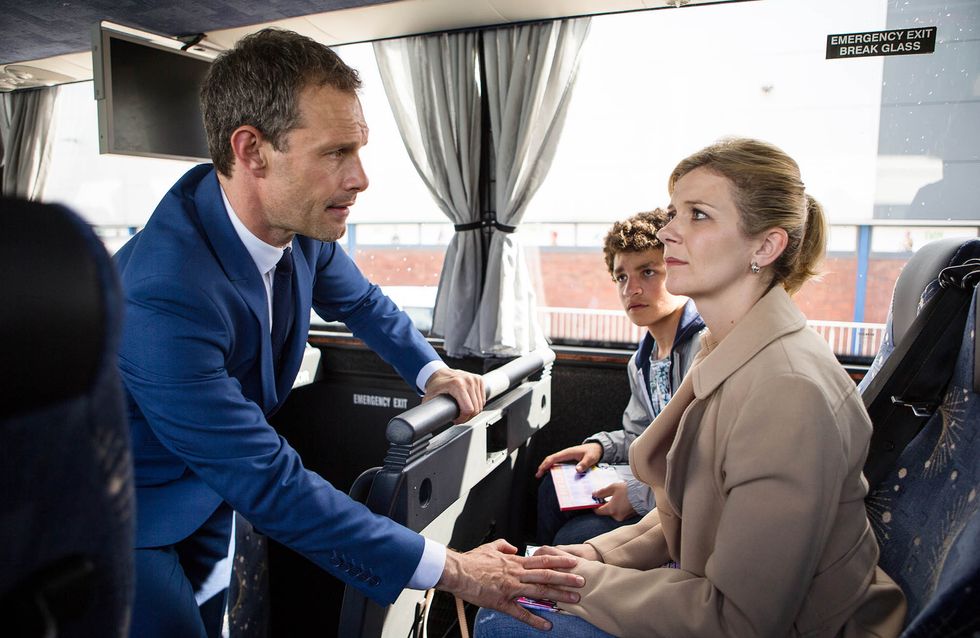 Eva begs Leanne to reconsider but Leanne’s adamant afresh start is what she needs. Eva quietly suggests to Simon he should hide the coach tickets. Leanne calls in the bistro to say her goodbyes. Nick’s gutted to realise she’s moving to Liverpool for good and tells her if things don’t work out, she knows where he is. Michelle tells her she’ll be sorry to see her go and reveals that she’s pregnant. Feigning surprise, Leanne congratulates her. Relieved she’s going, Steve wishes Leanne luck. Having said an emotional goodbye to Eva and Ken, Leanne and Simon leave for the coach station. But when Eva gets a call from Leanne telling her she’s lost her tickets and had to rebook a later coach, Eva forms a plan. Cornering Nick she reveals Leanne’s missed her coach, explaining Leanne loves him deeply but feels she can’t be honest with him as she’s expecting a baby.

As a celebration of Kylie’s birthday, David buys a garden swing for Max and Lily. Having built the swing the family watch in amusement as Bethany tries it out and the swing collapses leaving Bethany in a heap on the grass. Craig takes a photo and posts it online. Bethany receives a parcel containing some diet pills. She quickly stuffs them in her bag.

Sharif and Yasmeen arrive home and are utterly thrilled to find their grandchildren have arranged a surprise 45th wedding anniversary party. Sharif makes a speech and announces to Yasmeen he’s booked a holiday, the honeymoon they never had. However he’s interrupted by the arrival of their old friend Sonia, who clearly upset, explains her husband has thrown her out. While a concerned Yasmeen heads off to make Sonia a cup of tea, grim-faced Sharif makes it clear he’s unimpressed by her surprise visit.

Michelle books an appointment at the doctors to discuss her pregnancy and insists Steve must accompany her. Steve reluctantly agrees.

Eva implores Nick to go after Leanne and stop her from leaving butNick’s in turmoil as he tries to digest the news of Leanne’s pregnancy. Having purchased another lotof coach tickets, Leanne discovers the first lot in Simon’s rucksack and realises with heavy heart thathe doesn’t want to leave. As Leanne and Simon board the coach for Liverpool, Simon secretly phonesNick. Simon forces Leanne to admit that Nick is the love of her life. Having overheard their exchange,Nick comes to a decision. As the coach readies to leave, Nick scrambles on board and beggingLeanne not to go, tells her that he knows about the baby. Leanne’s stunned. As Simon waits withbated breath will the pair admit their love for each other?

Bethany receives a text and is horrified to realise thatCraig’s posted the photo of her sprawled on the grass online. She rails at him for drawing attentionto the fact she’s fat. Craig’s mortified and assures her she’s beautiful but Bethany refuses to listen.Convinced she’s fat, Bethany secretly pops two of her diet pills.

While Yasmeen fusses round Sonia and insists she muststay for as long as she likes, Sharif’s clearly stressed. As the guests leave, Yasmeen thanks Rana fororganising such a wonderful party. Grabbing a moment alone with Sharif, Sonia assures him their 7year affair still remains a secret and he has nothing to worry about. Telling Sharif how lucky she is,Yasmeen kisses him fondly. Sonia watches and Alya clocks her obvious jealousy.

In a bid to avoid moving in with her, Aidan suggests to Eva they should leave it a few weeks in case Leanne changes her mind and returns home. As the doctor advises Michelle on her pregnancy, Steve takes a keen interest and suggests they attend ante-natal classes together.​​​​​ 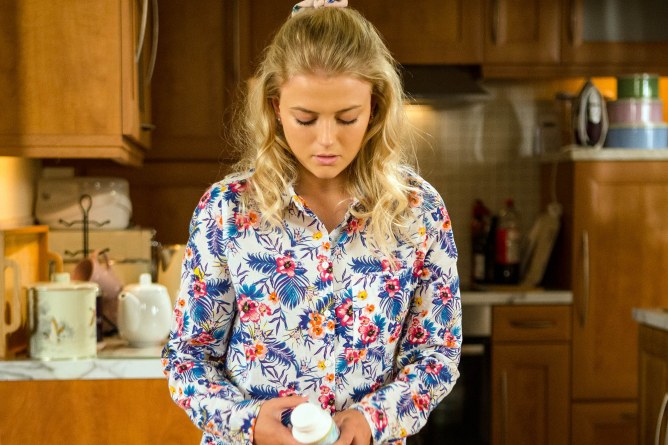