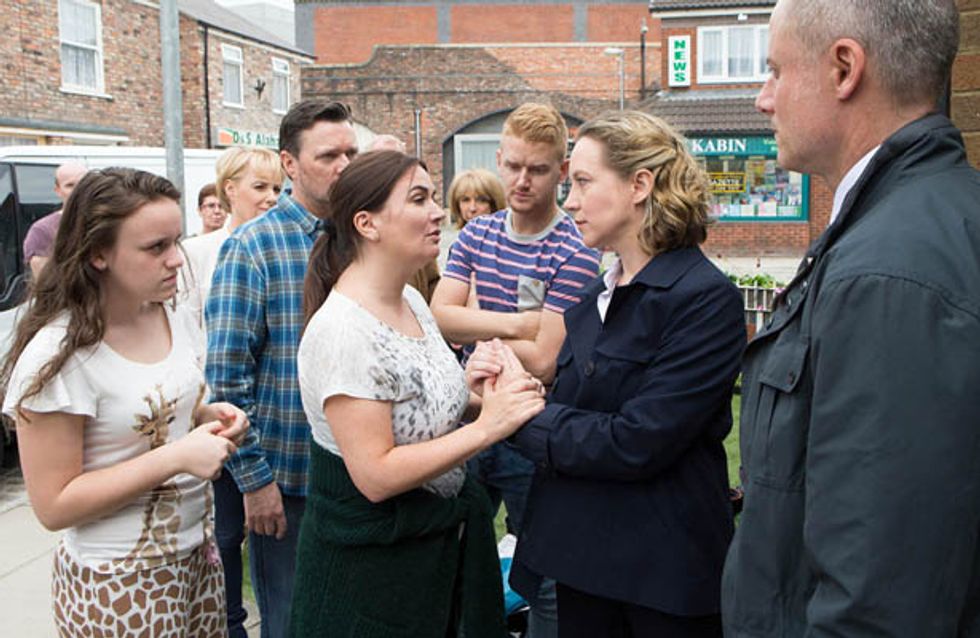 Neil pushes his way into the bar and to Andrea’s horror, confronts Steve, accusing him of having an affair with Andrea. Lloyd steps forward and explains to Neil that he’s the ‘other man’, not Steve, and that Andrea has been lying to both of them and he never wants to see her again. How will Neil respond to his admission?

Owen warns Gary that they might get a visit from some bailiffs and they need to be vigilant. But when the bailiffs call at No.6, Faye unwittingly lets them in. As the bailiffs help themselves to Owen and Anna’s belongings, the family watch in horror. Is there anything Owen can do to stop them?

Roy and Yasmeen plan a sit-in at the library.
​
As Michael sets about building a rockery for Gail he tells her he’s got a second job, helping a mate out who works in the catering trade. Gail’s delighted for him and as they join Audrey for birthday drinks in the bistro, she makes a point of hugging Michael in front of her disapproving family. 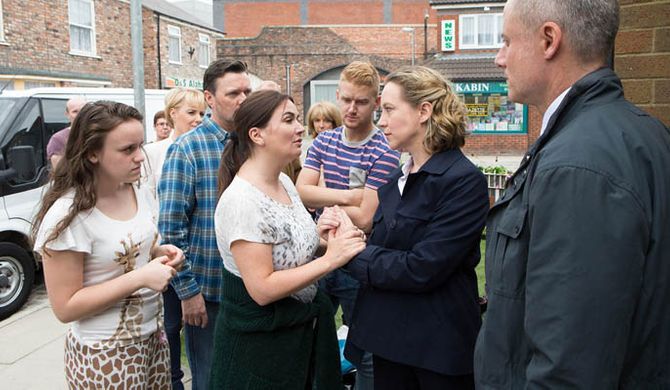