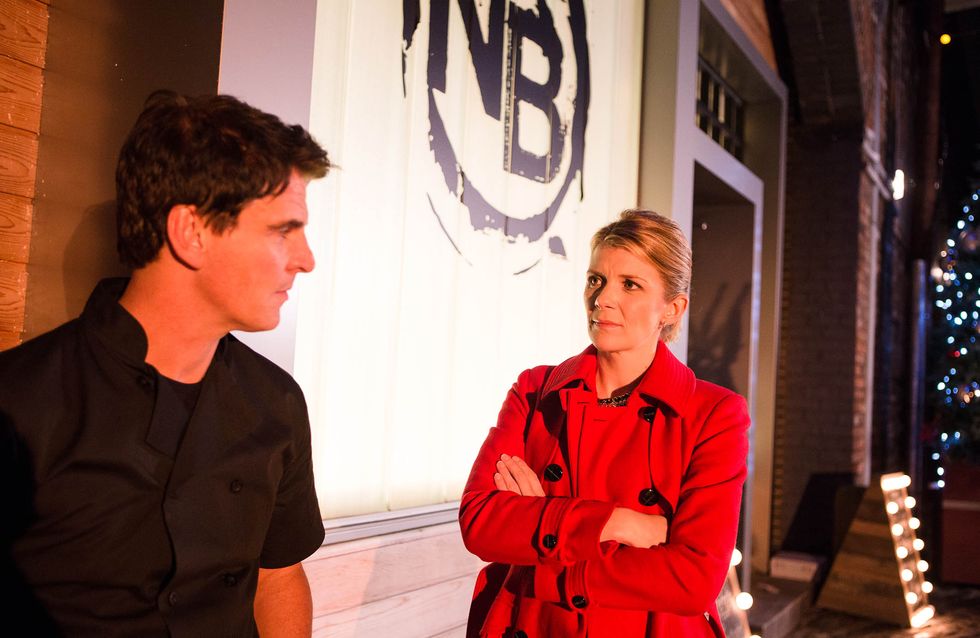 Promising he’ll be back in time for Max’s panto, David heads into town to do his Christmas shopping. David’s heart sinks when he bumps into Marion. Clearly upset, Marion explains that she’s had her purse stolen and it contained a photo of Callum. Covering his guilt, David offers to bring Max round to see her and Marion’s delighted. Kylie tears a strip off David for missing the panto. When David explains how he got waylaid by Marion how will Kylie react?

In the shop Todd answers Tracy’s mobile for her and is taken aback to discover the caller is Rob Donovan. Swearing Todd to secrecy, Tracy confides in him that Rob might be released on a technicality and she still has feelings for him. Meanwhile Robert confides in Leanne that he’s received a prison visiting order from Tracy’s ex, Rob who wants to impart some news about Tracy. Leanne warns him he might be best to leave well alone.

Sally tells Anna that she wants some time alone with Tim this Christmas. Anna wonders how she’s going to explain that to Faye. Meanwhile Anna’s disappointed to see Kevin and Joanne climbing out of a cab, realising they must have been on a second date.

Convinced Hope will be home for Christmas, Tyrone instructs Michael, Sophie and Luke that he wants the Lapland project to be bigger and better than ever. In the factory Aidan challenges Kirk to a game of ping-pong. 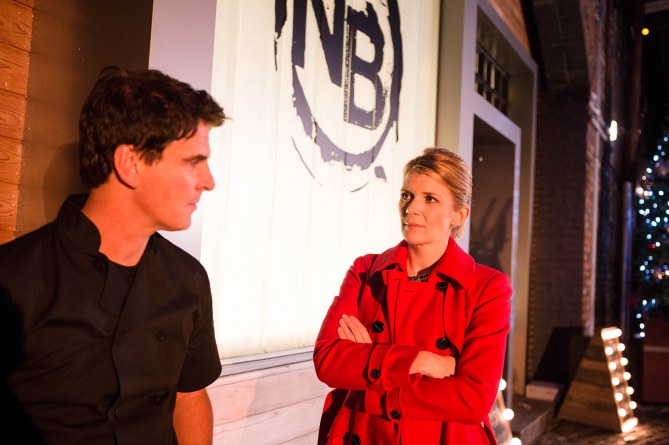