Leanne apologises to an obviously hurt Nick. He goes training and hurts himself, as loses his temper when Leanne fusses over him. Nick realises he and Leanne need to face the truth, will this be the end for the couple?

Roy is overwhelmed by misery and opens the café to keep himself busy. Anna and Carla try to help him but he ignores their advice. How will he react when they bring up the funeral?

Sophie refuses to pay Maddie, but Maddie finds out where Sophie lives. What does she have planned?

Elsewhere, Dennis and Gloria tell Rita and Norris about their idea for a music management company whilst Beth asks Sinead and she and Kirk can move into No.5.

Nick tells Leanne he isn’t the same person she married, and Leanne is forced to admit they can’t go on as they are. Will they break up?

Roy begins to feel anger at Hayley for ending her life, blaming himself for not stopping her.

Tim is asleep on the sofa when Maddie breaks in, looking for Sally’s watch. Tim wakes up but she punches him and runs for it. Will Sophie realise who is behind the attack?
​
Elsewhere, Rita tells Dennis she feels left out, whilst Chesney tells Beth and Kirk to move into no.5. 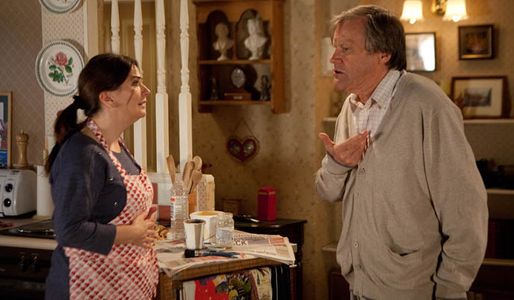