Amy confides in Tracy that she hates Ken as he refused to lend her the money to buy the florists, Tracy’s further troubled that Amy attacked Ken. Adam tells the police he was in no.1 briefly on the night of Ken’s assault as he called to collect some money Amy had left for him. The police follow this up with Amy but she denies all knowledge. Sure she’s lying, Tracy searches Amy’s bedroom, what will she find?

Sick with worry, Sarah and Gary resolve to have it out with Nathan. As Nathan’s mates gather in his flat for a party, Neil watches Bethany admiringly. Sarah and Gary call downstairs at the tanning salon and order Bethany to come home, will she comply?

Peter tells Toyah they should put the IVF on hold until he’s cleared his name over Ken’s attack. Upset Toyah promises to phone the clinic.

Convinced that Adam was his assailant Ken builds bridges with the rest of the Barlows. The police interview Adam again, telling him that Amy denied all knowledge of the money, Adam’s fuming and points the finger at Tracy. Tracy suspects Amy tried to kill Ken.

Nathan insists that Bethany should stay away from Gary, claiming he’s clearly a dangerous man, Bethany hangs on his every word. Meanwhile at her wit’s end, Sarah resolves to try and make Bethany see what a creep Nathan is. Nathan confides in Mel that it’s time to take the next step with Bethany.

Toyah admits to Leanne that she went behind Peter’s back and had the embryos implanted as planned. Billy’s amused to realise that Todd is jealous of Drew. Dev and Aidan square up to each other for the Rovers’ quiz. Brian and Cathy grow closer.​​​​​​ 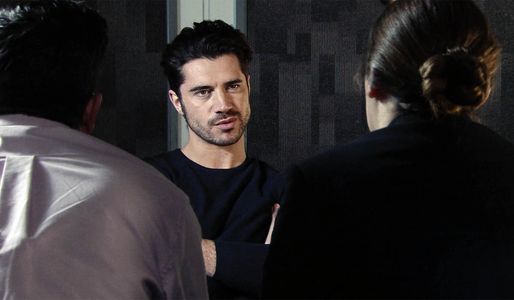