Kylie’s tetchy as she tries to cover the fact she’s on another come down. When Callum phones demanding to see her she’s shocked and making out she’s got a nail appointment Kylie tracks him down to the pub. After handing her another wrap of speed Callum reveals he wants to see his son Max. Kylie’s horrified and telling Callum it’s really not a good idea she rushes off. But will Callum take no for an answer?

Liz and Tony are like a couple of excitable teenagers as he moves his stuff into the Rovers. Meanwhile determined to cheer Steve up and put the zing back in their relationship, Michelle tells him she’s treating him to lunch in the bistro. Will her plan work?

Surrounded by family and friends Yasmeen proudly says a few words as she opens the new community centre. But Alya’s unnerved to see Gary there after asking him to keep his distance, what does he want?

Elsewhere having spent the night on Fiz and Tyrone’s sofa, Cilla insists on buying them lunch in the café. Fiz is convinced she’s after something but Cilla’s absolutely charming, leaving Fiz more certain than ever that she’s up to something!

Kylie angrily warns Callum he’s crossed the line. Lying to David about another evening nail appointment she tracks him to the pub and orders him to stay away from Max and her family. But as she goes to leave, Gemma collapses having overdosed. Kylie’s terrified her old friend could die and accompanies her to hospital. As Gemma fights for her life Kylie vows to give up the drugs. But is it too little too late as a suspicious David confronts Kylie back at home. Will Kylie confess?

Aware there’s something bothering him, Michelle does her best to talk to Steve. Will he open up to her? Michelle later confides in Liz and Eileen that she reckons Steve’s gone off her. Will he be tempted by the promise of a romantic night in?

As Yasmeen makes a speech to the assembled crowd, Gary begs Alya to give him a chance and promises her their relationship will be a purely platonic one. Will Alya be convinced?

Elsewhere when Chesney calls at No.9 with Joseph, Cilla plays the doting Granny but Chesney’s
unmoved, convinced she’s got an ulterior motive. As Chesney stalks out, Sinead notices Cilla
convulsing in pain. Will Cilla admit the real reason for her return to Sinead? 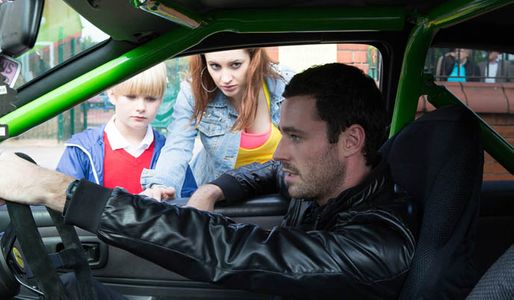