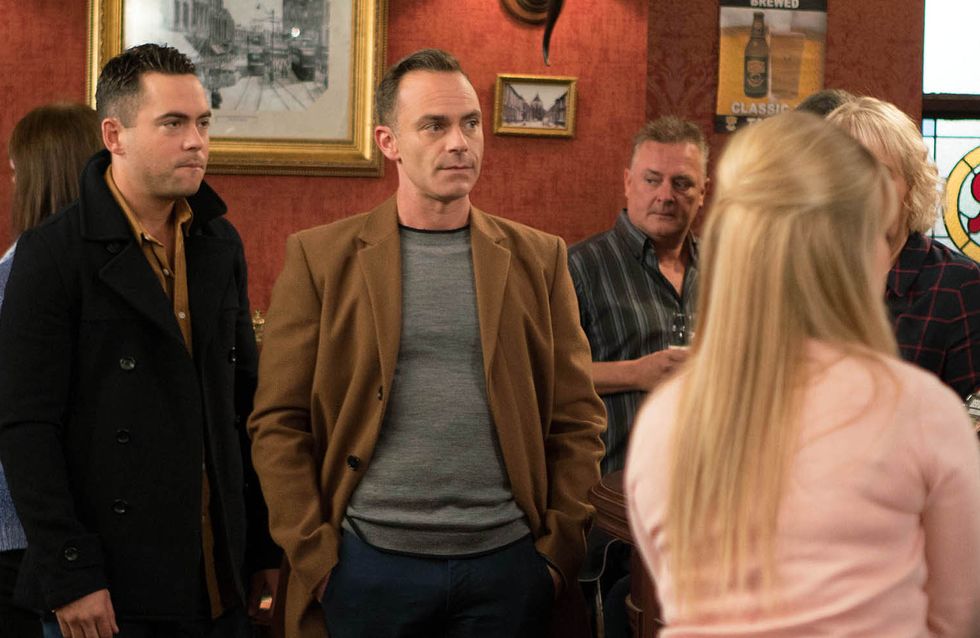 Todd summons everyone who bought a flat to a meeting, with Billy and Eileen promising to support him. Rita, Jenny, Sarah, David, Yasmeen, Anna, Gary, Kevin and Andy convene in the Rovers for Todd’s announcement but as Todd braces himself to break the bad news where is Phelan? Everyone’s shocked to realise they are £15K out of pocket. The pub’s in uproar as Anna accuses Phelan of fleecing them all, while Todd and Eileen insist they have been conned too. Sarah’s gutted she won’t have a home of her own and Anna’s knocked sick by the revelations.

Still suspicious of Daniel, Tracy pinches the keys to his flat and tells Peter she’s going round to see what she can find out. Meanwhile Adam’s horrified to find that his car has been stolen from outside No.1. When Tracy arrives home she informs Peter and Adam that she let herself into Daniel’s flat but what has she found?

Cathy’s flattered to hear from Rita that Roy doesn’t intend to skimp on ensuring they have the perfect wedding day but with Brian’s unease growing for his friend, can he bite his tongue?​​