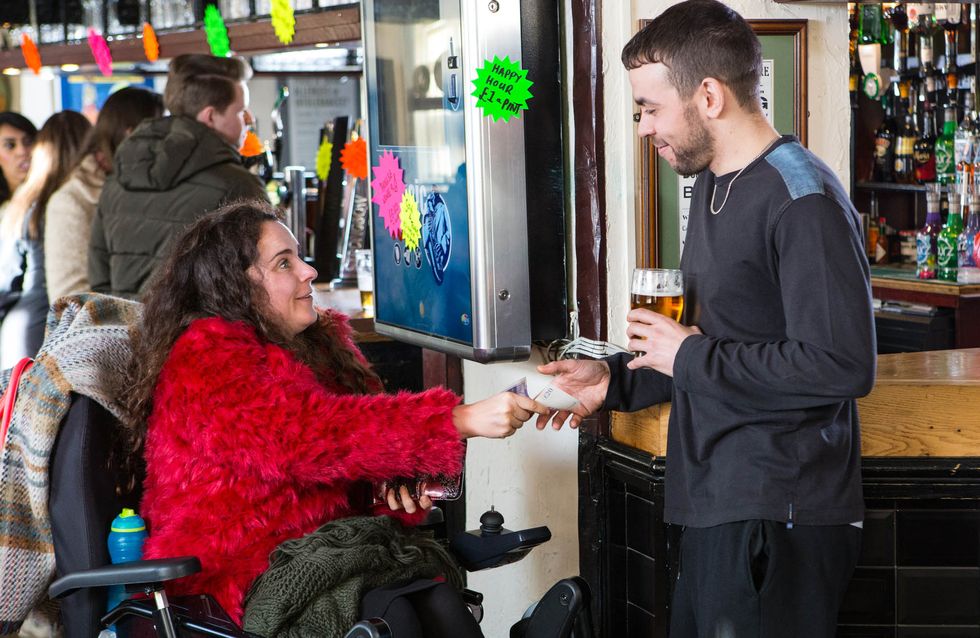 Having run out of cannabis and clearly in pain Izzy asks Erica to order her some more. She’s disappointed when Erica explains that her supplier friend has moved back to Spain. At Erica’s suggestion, Izzy heads into town to a grotty pub and scores some dope. At home Izzy pulls out the bag of cannabis only to discover she’s been duped into buying oregano. Izzy breaks down in tears, overcome with pain.

Jason’s excited to hear that the new Freshco superstore has been green lit, hopeful he might get some building work. In an attempt to win his vote, Sally makes out she’s all for it too. But when Cathy moans about the plans for the new supermarket, worried it’ll put local shops out of business, Sally assures her she’s dead against the plans. Will the residents discover that Sally’s been altering her political stance according to her audience?

When Sharif finds a syringe in the gym changing room, Gary suggests they need to get a Sharps bin installed. Steph confides in Leanne how much she’s dreading Jamie’s trial. Upbeat Rana calls in the bistro and tells Alya and Zeedan her interview at the medical centre went well.