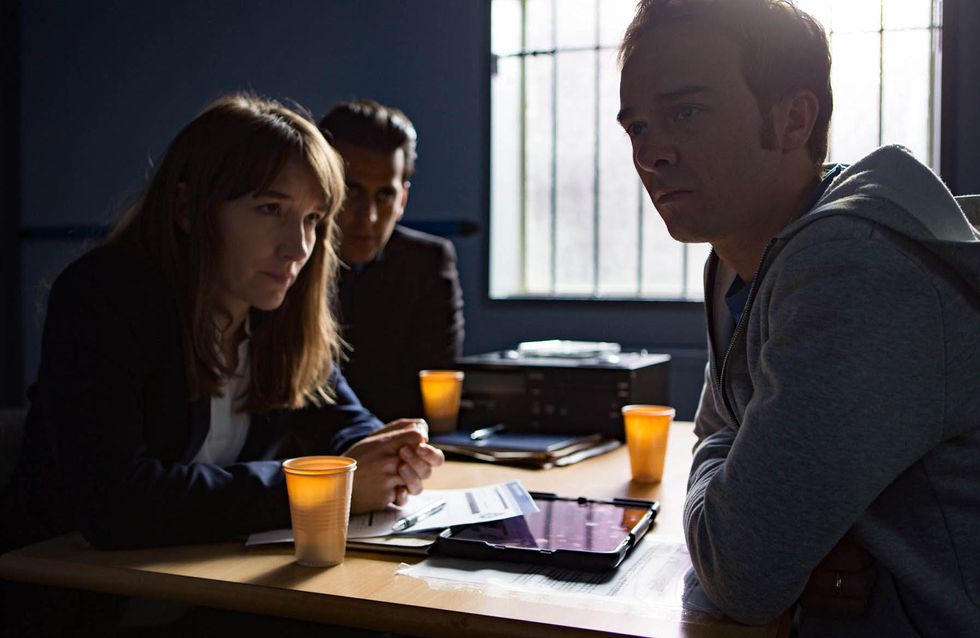 When Kylie suggests she should confess to Callum’s murder, David won’t hear of it, insisting he’d rather take the rap himself as the kids need her. The police call at No.8 and take David in for questioning. Kylie’s worried sick. The police question David about Callum’s final movements. David remains unfazed. Reaching a decision, Jason asks Phelan to retrieve Tony’s tool bag as there’s something he needs to do.

Nick approaches Leanne and asks her if she’ll accompany him to a meeting with his accountant as he’s got some new business ideas and he’d like her to be involved. Covering her guilt, Leanne agrees and tells Robert she won’t be in for her first shift as she’s a family emergency to attend to. Robert’s annoyed. As Nick and Leanne wait in the café for the accountant, Robert enters and angrily demands to know why she isn’t at work.

Gail and Bethany take Harry to see Sarah in hospital. The psychiatrist explains to them that Sarah has suffered some psychotic episodes brought on by stress but medication should lessen her anxiety. At Todd’s insistence, Jason accompanies him to the hospital to visit Sarah. They’re shocked at her zombie-like state.

Steve tries to pluck up the courage to talk to Michelle but he loses his bottle. Michelle confides in Maria she’s thinking of accepting a gig on a cruise ship as Steve has made it plain he wants nothing more to do with her. Is this the end for the pair? Upon hearing Kirk in Norris’s backyard, Beth begs him to come home but Kirk refuses and instead enthuses about Norris’s culinary skills. When Beth calls at No.3 with Kirk’s dirty washing, Norris offers to do it for him and it’s clear the unlikely couple are getting on well. Beth heads off disgruntled. Cathy thaws towards Roy and they agree to disagree over his handling of Alex.

The police question David about the texts sent from Callum’s phone after his death. Will David keep his cool? Worried sick, Kylie heads to the police station. She’s surprised to find Jason there handing in Tony’s tool bag. David arrives home from the police station clearly shattered. Gail’s concerned for him.

Leanne assures Nick that she’d love to go into business with him but in the meantime she’s doing a few shifts at the bistro to make ends meet. Leanne starts back at the bistro and explains to Robert how Nick’s got some crazy idea that they’ll set up a business together and she went along with it out of pity. Leanne’s mortified to realise Nick’s overheard every word.With her mum in hospital, Bethany moves intoNo.8 to be with her family. Desperately upset, Bethany confesses to Gail that she walked out of her exams and now deeply regrets it.

Zeedan gives Rana the cold shoulder. Tim signs Steve up to some dating websites, butSteve’s adamant he’s only got eyes for Michelle. Steve summons Michelle to the cab office in the hope they can bury the hatchet but when she spots a series of messages on his phone from dating sites, she leaves disappointed and tells Maria that she’s accepted the job on the cruise ship as it’s clear Steve has moved on. At No.3, Norris and Kirk embark on a draughts marathon which Kirk wins hands down. Determined to prove his superiority, Norris teaches Kirk to play Boggle. However, his plans go awry when Kirk comes up with a ten-letter word.​​​​​
​ 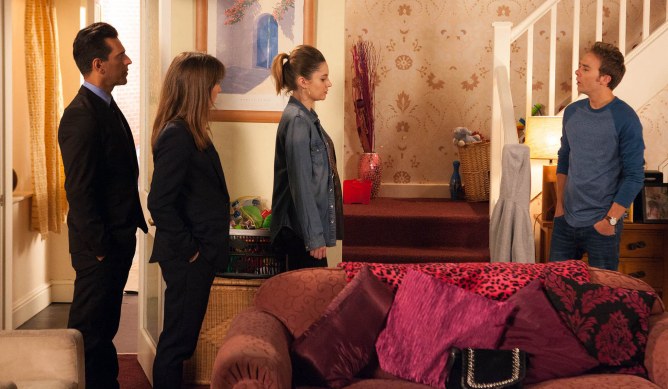