As Owen faces bankruptcy Tim and Sally offer to have Faye stay with them until Anna and Owen are out of the financial mire but Anna’s offended and tells them where they can stick their charity. However later a desperate Anna buries her pride and calls in the local food bank.

Yasmeen quizzes Leanne about her divorce and warns Kal that if he ever intends to marry Leanne he’d best draw up a pre-nup. Kal’s mortified whilst Leanne’s offended. Yasmeen then approaches Nick and tries to persuade him to take Leanne back. How will Nick react? Will Yasmeen succeed in splitting Leanne and Kal?

Neil follows Andrea into the Kabin and begs her to come home. But Andrea tells him that even though Lloyd might not want her, their marriage is over. Andrea then calls in the cab office and locking the door, perches on Lloyd’s desk and insists they talk things through. Will Lloyd agree?

As Rita and Dennis grow closer Norris is quietly fuming and moans to Mary how Dennis is playing Rita like a fiddle only she can’t see it.

Anna, Gary and Katy rally round Owen, assuring him it’s not his fault he’s been declared bankrupt and they’re all in it together. Anna promises him they can put all their mistakes behind them and move on. Full of emotion will the couple be reunited?

Leanne apologises to Kal for blurting out that she loves him. But was it what Kal wanted to hear? Meanwhile Nick’s incensed having been told by his solicitor that mediation is the way forward as Leanne is entitled to a substantial pay-out. Can the warring pair sort out their finances amicably?​

Norris confronts Dennis and accuses him of stealing £20 from the till. It’s clear Rita too thinks he’s to blame so how will she react when Mary finds the missing £20 note on the floor?

Andrea begs Lloyd to forgive her and promises him that her marriage is over but can a hurt Lloyd move on or is it time for Andrea to move out? 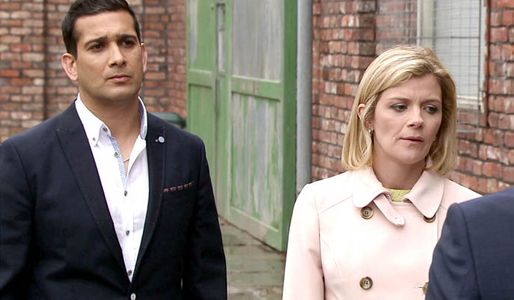