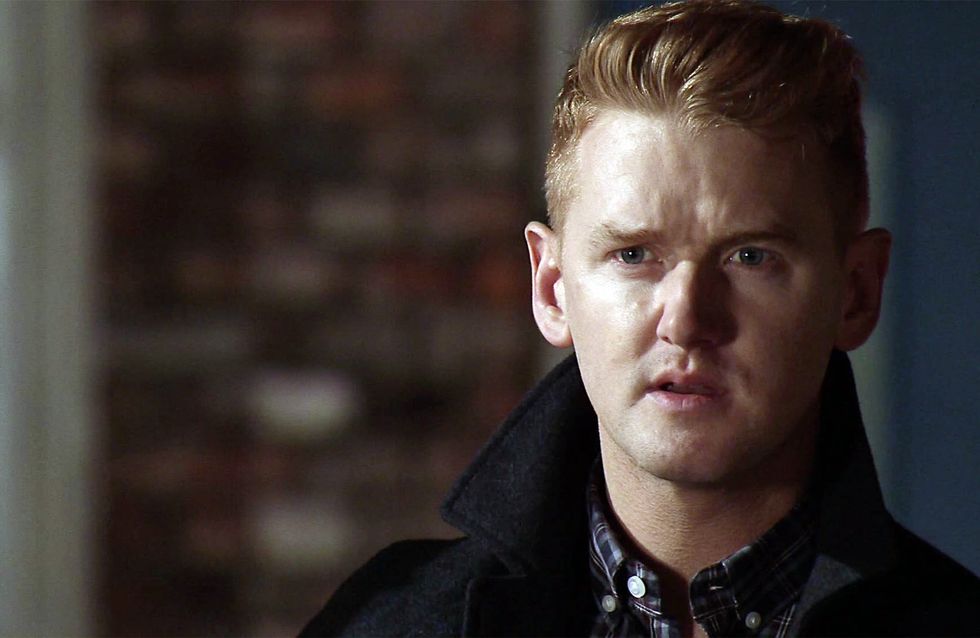 Anna confides in Izzy how Phelan gave Kevin his version of events painting himself as the victim, in the sure knowledge that she wouldn’t admit to Kevin about the sex. In an attempt to twist the knife, Phelan tells Kevin how after the project with Owen turned sour, Gary knocked him unconscious. Kevin’s horrified. Kevin confronts Anna wanting to know why Gary attacked Phelan and left him for dead, but Anna remains tight lipped. Gary arrives home and is stunned to see Phelan working on the Arches. Gary sees red and makes a grab for him. As Phelan feigns terror, Kevin rushes to his aid. Will a horrified Anna be forced to admit the truth about what Phelan did to her?

Todd wonders why Tracy is keeping her knowledge of Robert and Carla under wraps. Tracy explains she’s saving that bombshell for the right time and place. Meanwhile the police question Carla about the robbery. Carla remembers that one of the robbers mentioned Steph’s name. The police call in the bistro looking for Steph.

As Rita looks at her tablet, she’s unnerved to read a message from someone.

Sally attempts to drum up support for her council campaign. Whilst cutting Ken’s hair, Audrey encourages him to set himself some goals and follow his heart’s desire. Ken takes her words on board. Norris is unimpressed when Mary arrives for their drink with Brendan in tow.

Anna reigns Gary in whilst Kevin orders Jason to take Phelan to the pub out of harm’s way. Still wound up, Gary tells Kevin that Phelan is a monster and he’s obviously only heard half the story. Knowing that Ron is ripping him off, Jason and Phelan suggest to Kevin they take over the contract. Kevin agrees. Calling at the flat Kevin tells Anna that Ron was ripping him off so he’s given the contract to Jason and Phelan instead. Anna tries to hide her dismay. Kevin assures her that in a few weeks the building work will be finished and Phelan will be history. Anna fights back tears.

Steph tells the police the only person she can think of with a grudge to bear is Jamie. When Steph finds out how Luke and Andy badmouthed Jamie to his boss and lost him his job, she’s furious and points out their stupidity might have put Carla in hospital.

Mary tries to enjoy her drink but the atmosphere is strained with Norris and Brendan sniping at each other. Telling Norris to stay out of his way, Brendan heads out of the pub with Mary following closely behind.

Rita reveals to Sophie that Jenny has been in touch via facebook and she’s worried about her. Sophie warns her that Jenny is bad news and she should steer clear. When Ken offers to buy Audrey a drink, she becomes flustered and makes out she’s too busy. Ken suggests tomorrow instead. 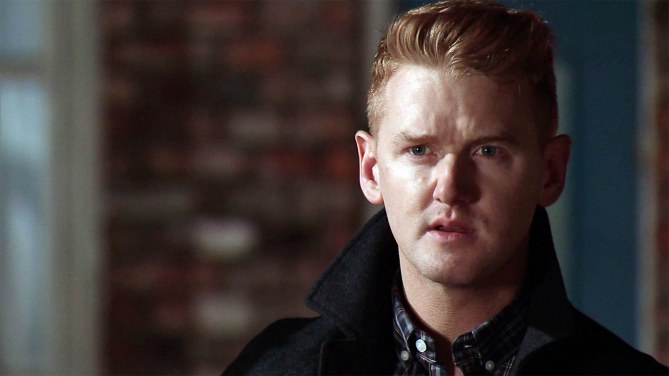