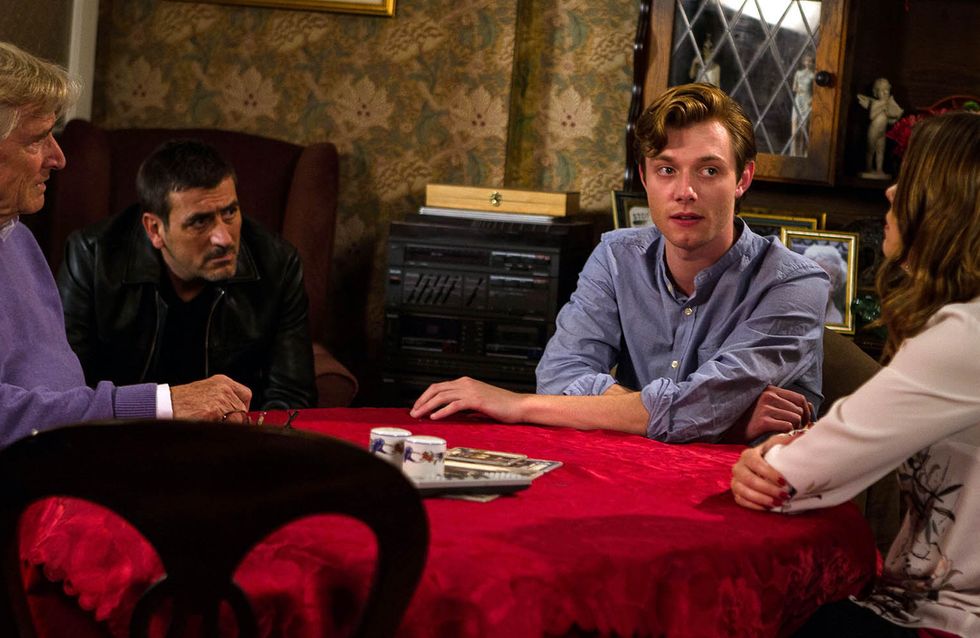 When Daniel stays out all night, Adam’s certain he’s run off with his car. Tracy and Peter wonder why Daniel lied about living with his mum meanwhile Ken admits to Mary how wonderful it’s been reconnecting with Daniel after years of estrangement. Daniel arrives back on the street and is furious to learn that Tracy went prying in his home. Under interrogation from Tracy, Peter and Adam, Daniel’s forced to admit that Denise walked out when he was fifteen and he hasn’t seen her since. Ken’s dismayed as Daniel explains how he lived in fear of being taken into care. But a sceptical Adam accuses Daniel of stealing his car and a row erupts. Drained by all the drama, could this latest uproar put a fatal strain on Ken’s health?

Zeedan turns 21 but the day is tainted by Sharif and Alya’s betrayals. Alya’s sad at being excluded from Zeedan’s celebrations. Taking pity, Rana urges her to call in at No.6 with his birthday gift. Will Zeedan’s icy exterior begin to thaw or will Rana’s best intentions backfire?

Gail makes a touching gesture to Eileen as the women face another tough day thanks to Phelan.
ELSEWHERE Brian reveals he got his promotion at the council and asks Norris if he can lodge at No.3. Norris points out that Sean has Emily’s room so Brian forms a plan which leaves Sean seeing red.

When Ken reveals his fears that the constant family squabbles could be the death of him, Peter takes action. Sick of rowing with Adam and Tracy, Daniel leaves No.1 but Peter finds him and persuades him to return to be a part of the family. Explaining about Ken’s health, Peter lays down the law to the Barlows and Ken’s pleasantly surprised when Peter reveals he’s arranged for Adam and Daniel to share the corner shop flat. It looks as though things are looking up for the Barlows until Adam secretly takes a phone call - all is not what it seems…

As the residents are left reeling from Todd’s revelation that the money they invested in the flats has gone, Eileen and Anna are drawing their own conclusions about Phelan’s involvement in the scam.

Sean’s furious to learn that Brian is after his bedroom. When he offers to increase his rent, Brian retaliates and Norris finds himself in the midst of a bidding war. Yasmeen despairs as Rana and Zeedan fall out over her inviting Alya round. With their wedding looming will Zeedan and Rana kiss and makeup?​​​​​