As Nick and Leanne exchange gifts, they’re taken aback when Toyah pulls up in her car and announces Christmas is off. With dinner in Liverpool cancelled, Ken insists that Nick, Leanne and Simon join them at No.1. Nick does his best to paint on a smile whilst Peter’s delighted to have Christmas with his son. Toyah admits to Leanne that her marriage is over and she’s been having an affair. Meanwhile when Nick spots Peter heading out he’s immediately suspicious. Realising the Bros tape is missing from the drawer, Nick confronts Peter, convinced he’s after Leanne. Nick punches Peter and the two men are soon brawling in the street. Nick grabs the Bros tape from Peter’s pocket and thrusts it at Leanne ordering her to open it. Leanne’s horrified as she reads the message. What is Peter’s game?

Gary, Anna and Faye join the Platts as they open presents. Bethany’s thrilled with her smart watch, but she’s snappy towards Gary and Sarah’s embarrassed by her behaviour. Bethany assures Faye she no longer fancies Gary. However when Sarah reads a text on Bethany’s phone from Faye telling her she’s glad she’s over her crush on Gary, Sarah’s stunned whilst Bethany’s mortified. As Sarah explains to a shocked Gary that Bethany’s been carrying a torch for him, they realise with horror that she’s gone missing. After swallowing a ruck of diet pills, Bethany collapses in the ginnel. Watching events unfold Nathan (Shona’s ex) finds Bethany and picks her up.

Aware that Billy’s missing Christmas at the church, Todd insists he should attend the service with the new vicar. Having enjoyed the service will it rekindle Billy’s passion for his calling? Meanwhile as Billy’s about to leave he comes across Shona drinking wine in the vestry. Shona admits she’s fallen out with Nathan, her ex and she’s homeless. Billy insists she comes back to No.11 with him. Unbeknown to them, Nathan watches on. What trouble is Billy bringing to the street?

Norris makes peace with Mary and insists she joins himself Roy and Brian for Christmas dinner in the café. But as they sit down to eat they’re interrupted by the arrival of a young man who introduces himself as Mary’s son, Jude. Having unwrapped the globe, Michelle’s underwhelmed. When Sally boasts about her new TV, Tim is forced to admit it was meant for Michelle whilst the globe was intended for her. Will Sally agree to give Michelle her TV back? Andy mixes the stolen painkillers with gin and orange making a lethal cocktail, what is he planning? Aidan’s unimpressed when Eva presents him with a kitten.​​​ 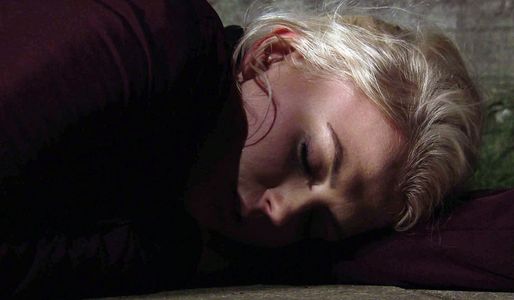