Peter confesses to Steve that Tina wants him to move away with her but he loves Carla and wants to stay. Tina confesses to Rita that she’s having an affair with Peter and a horrified Rita slaps her. Carla drags Peter to Tracy’s engagement party. As Carla lets slip that she’s pregnant, Tina walks in. How will she react to this bombshell?

Anna’s less than enthused when Owen surprises her with a birthday treat of a night in a posh hotel. As Owen pours her a drink, Anna’s reminded of her hotel deal with Phelan. Will it all be too much for her?

Eva unwittingly lets slip to a shocked Gail that Leanne’s been seeing Kal behind Nick’s back.
​
Elsewhere, as Tracy heads off to her engagement party, she assures Tony she’s still up for collecting the stolen goods. 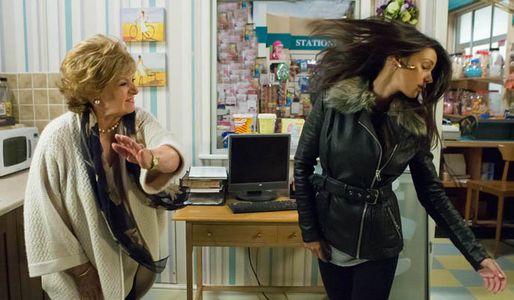