Desperate to talk, Carla agrees to meet Nick at the Rovers Quiz Night. David notices the chemistry between Nick and Carla, so interrogates Nick, will he reveal how close him and Carla have become? As Nick prepares to bare his soul to Erica the quiz night begins with Erica acting as Question Master for Liz. But as she’s delivering questions Erica suddenly experiences pains. Liz orders Nick to take her to the hospital, while Carla watches in concern.

Alya tells Jason that she can’t live with their guilty secret, but Jason implores her to keep schtum, pointing out that no one will benefit if it comes out. When Alya and Gary are left alone in the cafe, will the guilt make her confess?

Refusing to give up, Brian once again attempts to tempt Julie with two golden holiday tickets and a bottle of champagne. But she strides past him unimpressed. Will the realisation kick in for Brian that she’s not going to leave Dev?

As Faye contemplates the prospect of Miley moving to the Hodges’, Izzy pays her a visit to point out she’ll regret it. Will Faye be able to give Miley up? Andy sets off to collect a wine order but Steph is shocked to get a call telling her he has been rushed to hospital. When Roy and Tyrone help Cathy pick up some dropped paperwork, they’re worried to discover unpaid bills.

In hospital Erica and Nick fear for the baby, will everything be ok or is her pain a sign there’s something wrong with their unborn child? Overcome with emotion Nick takes his anger out on Gail, pointing out that she’s never liked Erica. Gail is left hurt by Nick’s words and Michael approaches her to offer his sympathy. How will Eileen react to this? Meanwhile when Carla finds Nick alone in the Bistro, will she be there for him when he needs her the most?

Anna, Tim, Faye, Craig, Gary and Alya attempt an emotional goodbye to Miley. But when Josie arrives will Faye be able to let Miley go?

Tracy’s determined to send Brian packing on his golden holiday, so decides to search for another Julie Carp online. Amy’s amused at Tracy’s plan. Tracy tells Brian she’s spoken to Julie Carp and she’s agreed to meet up with him. Brian’s thrilled as Tracy and Amy snigger.

The Rovers Pub Quiz continues but as Norris and Mary bicker over answers, Liz decides to call time on the quiz, leaving Norris annoyed. Will Liz hand over the trophy to him? Alya is overcome with love for Gary but can she continue to conceal her guilt in order to she accept his proposal? 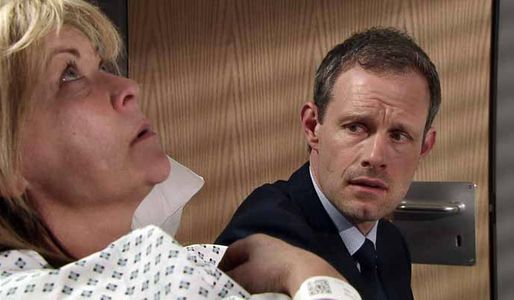