Back at home, Roy fusses around Hayley but she wants to carry on as normal and certainly doesn't want her illness to become public knowledge.

On the other hand, Roy harasses the consultant for answers and demands Hayley rests. He loses his cool when Hayley insists on going to Audrey's birthday drinks.

Elsewhere, Peter starts work at Underworld and insists on learning the business from the bottom up. Carla's impressed and they make plans for the future - despite Michelle's reservations.

Also, Paul's regretting losing his cool with Sophie and is desperate to fix things for Eileen's sake. So he asks Jenna to talk to her dad.

News of Hayley's cancer spreads through the Bistro and though her friends offer their sympathy, this is exactly what she didn't want.

Back at the flat, Hayley tells Roy she feels suffocated and doesn't want to talk about her illness. Sylvia explains to Roy that Hayley's been keeping her true feelings under wraps to protect him.

Elsewhere, Lloyd confronts Paul and accuses him of trying to bully Jenna into backing his story about not being a racist. As Eileen drags Paul home, Lloyd and Mandy are now at loggerheads. Jenna’s had enough and decides to find Sophie, who wants to take action.

Also, Peter refuses to rise to Rob’s bait and Tommy suggests a holiday to Tina amid Jake’s coming home to Gary and Izzy. 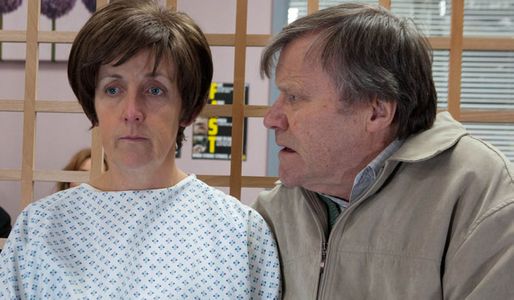