Frustrated at Steve’s attitude, Liz continues to hound him telling him it’s time he started pulling his weight and did some work but Steve’s unresponsive. Lloyd tries to talk to Steve, concerned that he’s throwing his life away. But Steve’s only interested in his sports car and when Tyrone breaks the news to him that it needs £2k’s worth of
repairs, more than the value of the car, Tyrone’s stunned when Steve tells him to go ahead with the work. Meanwhile Liz dupes Steve and Michelle into working the same shift, hoping it’ll give them a chance to talk. Will her efforts be rewarded?

When Gavin fails to turn up for his appointment at the salon, Michael gives him a call. At first Gavin shouts at Michael to leave him alone but later calls at No.8 apologising for snapping and suggesting it might be better if they didn’t see each other again. Michael’s gutted and begs Gavin to reconsider. Will he agree?

Dev does his best to sabotage Dominic’s date with Julie by warning him that she’s already got him pegged for marriage and sleeps with 9 cats on her bed.

Craig gives Norris his first lesson on his tablet computer and shows him how to download the astronomy app. 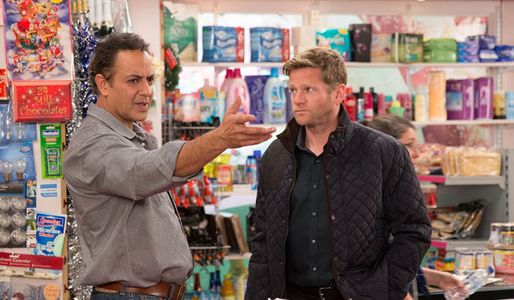