Loved up after his night in the hotel, Peter’s aware that today’s the day he must break the news of his relationship to the street. Meanwhile Toyah calls at Nick’s flat but she’s taken aback to find her husband Toby there. Suggesting they need to talk, Leanne makes herself scarce. Toby begs Toyah to give their marriage another chance and try for a baby again, but Toyah’s adamant it’s over between them. With Toby gone Leanne reveals she’s been struck with a terrible headache, Toyah and Nick insist she goes to hospital. Back on the street Peter kisses his mystery woman in the ginnel, unaware that Simon’s drone is hovering above and a shocked Simon is watching them on his phone...

Bethany wakes up to find herself in hospital. Sarah explains how she collapsed in the ginnel after swallowing a load of diet pills. Having returned home, Bethany confesses to Sarah how she fell in love with Gary and is totally ashamed. Sarah’s heart breaks for her troubled daughter. Putting her own feelings aside, Sarah tells Gary they are finished as she has to put Bethany first. Will Gary accept this? Meanwhile Bethany discovers a guy called Nathan, who works at a tanning salon nearby, saved her life. Having tracked him down,Bethany thanks Nathan who puts his number into her phone, insisting she can call him any time.

Jude shows Mary a photo of himself as a baby and assures her he had a happy childhood. Mary’s deeply moved. Having summoned Norris, Mary plucks up the courage to tell Jude about his father but will she be able to bring herself to reveal the truth? When Jude suggests that she should move to South Africa and live with he and his wife,Mary’s stunned. How will she reply?

As Kevin helps Anna, Gary and Faye to move their things into No.13, Eileen approaches and suggests they bury the hatchet. Will they agree? Kevin’s worried when he hears that Sophie’s had to have her appendix out in Miami and has run up an enormous medical bill. Billy assures Todd that he loves him as much as ever but he also has to follow his heart and return to the church. ​​​ 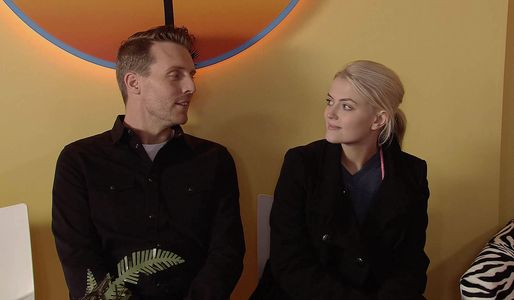