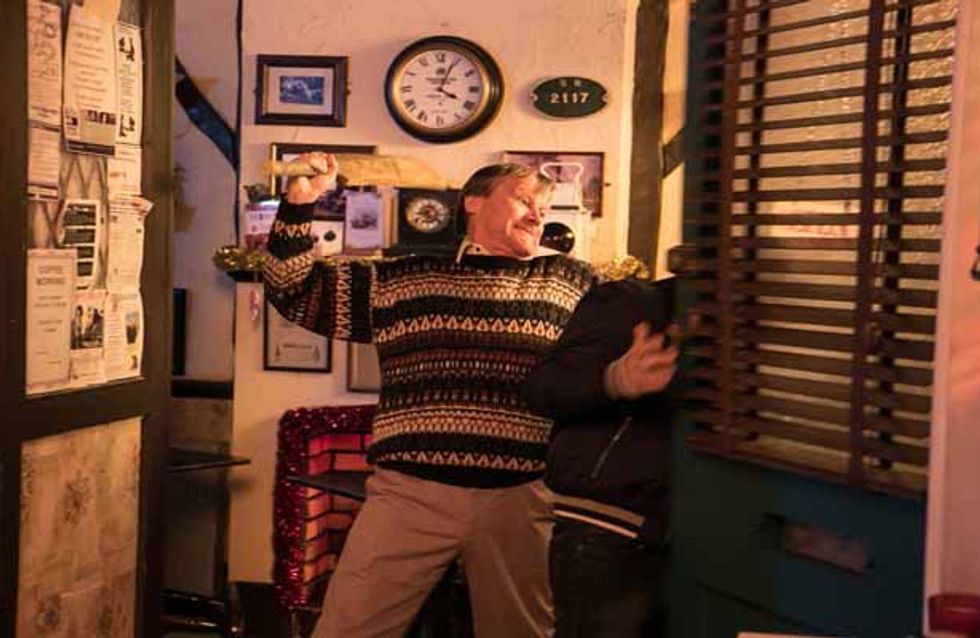 Sheepish Gary returns home and promises Faye he’ll find the money to replace her headphones. Owen’s scathing, claiming even Anna’s had enough of him. Gary asks Tracy and David if he can borrow some money but they both give him short shrift. When he then overhears Carla insisting Roy join her for a bite to eat later, a desperate Gary forms a plan and pockets Anna’s keys to the café. But as Roy sets off for Carla’s, he finds the teenagers loitering outside and frightened he retreats back inside. Assuming Roy to be out, Gary lets himself into the café hoping to steal some cash. Finding the till empty, Gary makes to leave but is stopped in his tracks as Roy, mistaking Gary for one of the teenage thugs, smacks him to the ground with a cricket bat. As Sinead watches with horror from across the road will Roy stop there? Anna’s beside herself with worry as Gary’s taken to hospital, wondering how Gary could sink so low as to try and steal from a family friend. Alone in his police cell, Roy sits frightened and confused at the turn of events.

As Gail leaves for Milan to visit Sarah, Michael promises to keep an eye on David. The kids are running him ragged, with Max asking questions about his mum that David can’t answer. Realising David could do with a break, Michael offers to babysit so David can go for a drink. But when a drunk David makes an announcement to the pub, their friends are left reeling.

Steph’s annoyed when Nick leaves her holding the fort again so that he can spend time with Erica. Desperate for some help at the bistro Steph calls on Leanne. Realising they need another pair of hands Nick’s later offers Leanne her job back at the bistro. Leanne accepts on condition she’s made manageress and they give the place a makeover. Will Nick agree? Meanwhile when Sean and Eva tell Erica how Nick’s a changed man since he met her and it’s a
shame she has to return to Spain, Erica’s thoughtful.

After Tim arranging with Kevin to get Sally’s sofa back for Christmas Day, Sally’s outraged to discover it was only a loan and her sofa has gone again. When the Nazirs arrive she’s adamant they mustn’t see her empty living room and Maddie, Sophie and Tim concoct a story about the loo being broken. In an effort to make it up to Sally, Tim, Sophie and Maddie decorate the living room giving it a romantic vibe. Will Sally thaw towards Tim? 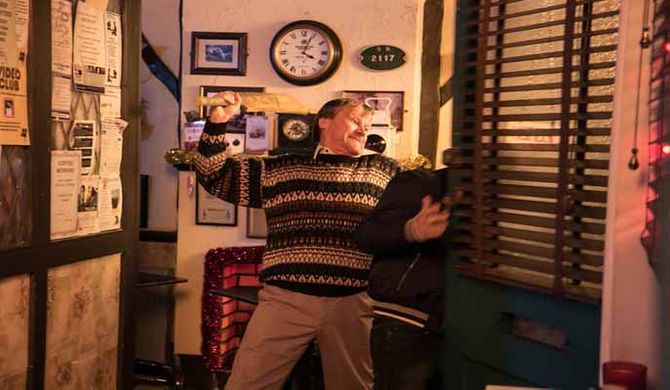