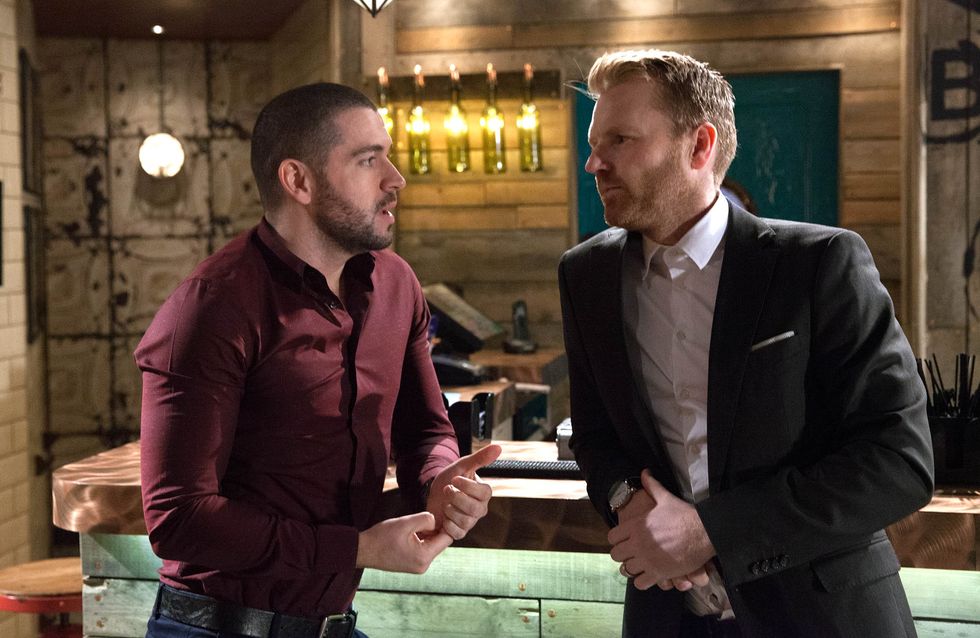 Leanne confides in Ken how she wishes she could afford to buy the bistro and give Simon a secure future. Tracy meanwhile is just excited about the prospect of owning the bistro and spending the money. Ken realises with heavy heart that Tracy hasn’t given a thought to Amy’s future. Ken tells Leanne that he’s prepared to release Simon’s trust money from Deirdre so that in conjunction with a bank loan, she can buy the bistro. As Nick accepts Robert’s offer for the bistro and suggests they have contracts drawn up as soon as possible, Carla’s relieved. Robert and Tracy celebrate but Leanne arrives with Ken in tow and announces she’d like to match their offer of £90k for the bistro. Carla’s shocked and Tracy throws her a warning look.

Dropping Jake at the gym with gary, Izzy throws a sickie and returns to the pub to confront the lad who sold her the oregano. Fighting back the pain, Izzy begs the lad to give her the cannabis she paid for. When he refuses, Izzy threatens to call the police but the lad knocks her phone out of her hand. Izzy’s scared.

Richie O’Driscoll calls in the factory and tells Aidan if he can meet his requirements, he’ll place a huge order with Underworld. Aidan’s delighted and announces to the factory girls that they’re on the brink of closing a huge deal which would secure their jobs for the rest of the year.

Sinead’s nervous as she heads off to another modelling gig. Beth assures her she looks fabulous whilst Chesney covers his insecurities. Rana flirts with Zeedan telling him she’s flat hunting as she’ll need something local if she gets the job at the Medical Centre.

As Tracy demands to know where Leanne got the money from, she’s incandescent to learn it’s from Ken, pointing out he refused to let her have Amy’s trust money. Downbeat Robert reckons Nick will almost certainly sell the bistro to Leanne given their history. Nick continues to deliberate the offers on the table, preferring to sell to Leanne but aware how important Robert is to the business. Tracy calls on Carla and blackmails her, demanding that she comes up with an extra £10k so she can trump Leanne’s offer or Nick finds out the truth.

In the pub, the lad makes a grab for Izzy’s bag but he’s distracted when a fight breaks out and Izzy makes her escape. Having called Gary, he finds Izzy scared and wracked with pain. When she admits she was trying to buy some cannabis, Gary’s shocked. Izzy opens up to Gary and explains that some days she can’t cope with the pain and cannabis is the only answer. How will Gary react?

When Aidan postpones a smaller order to make way for the O’Driscoll order, Johnny warns him that by upsetting old clients he’s playing a dangerous game. Meanwhile having found Marta lurking near the factory and in a terrible state, Eva takes her home and persuades Leanne to let her stay the night.

​Gail’s pleased to bump into Michael at the gym open day and enjoys showing him the ropes. Sinead assures Chesney she’s doing the modelling for both of them to give them a better future. Steph and Andy arrive back from Jamie’s court case. Disappointed, Steph explains he only got 3 years and will be out in the blink of an eye. Alya and Rana head out to celebrate Rana’s new job. 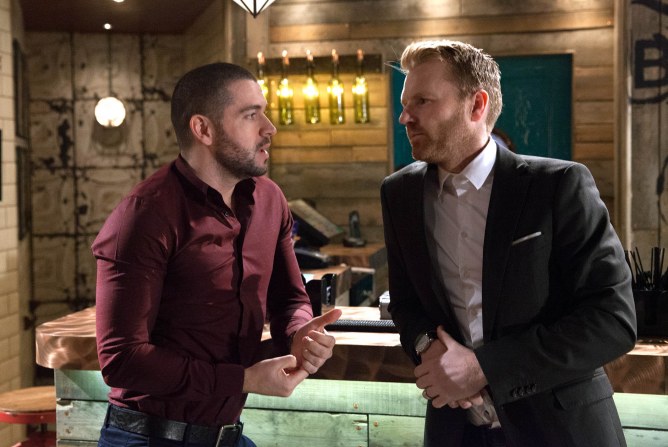