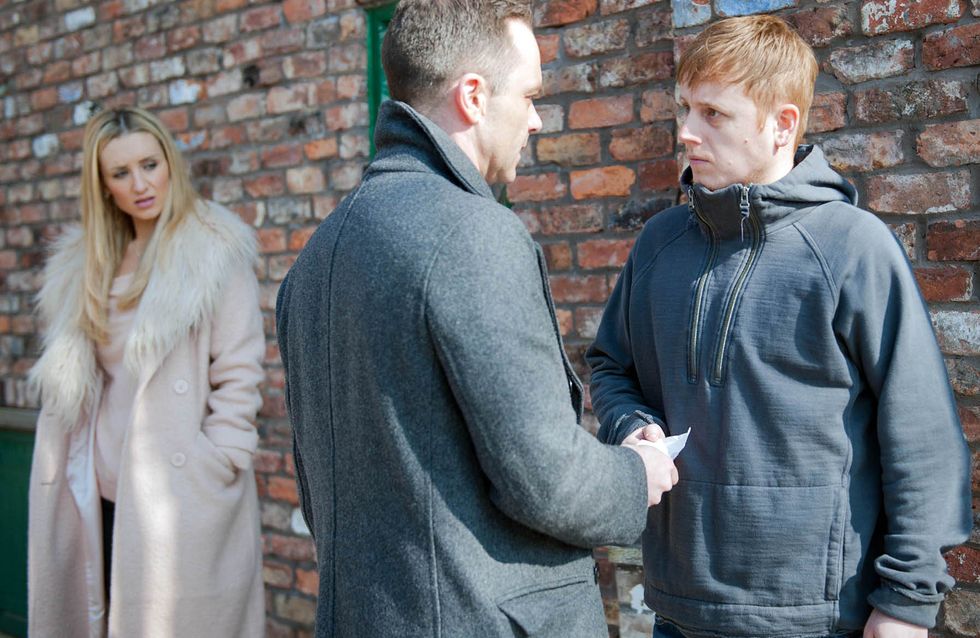 Todd arrives at No.11 and announces he’s moving back in as it’s time they pulled together as a family. Phelan masks his annoyance. Billy tries to offer comfort an angry Jason but he refuses to listen and leaves. Phelan meets up with an important building contractor, George Duggan, to talk business. Making out he’s the brains behind the operation and Jason’s merely his lackey, Phelan talks George into giving him a building contract. When Jason turns up drunk he almost costs them the deal. Eileen breaks the news of Tony’s death to a shocked Liz. In the Rovers, Jason rails at Liz, blaming her for Tony’s death. Phelan puts his arms around Eileen and assures her he’ll always be there for her.

Billy admits to Sean he’s not been himself lately and suggests they need some time together. Eva clocks Billy handing cash to an ill-kempt young lad in the ginnel. Clearly embarrassed, Billy makes out the lad was a stranger.

When Alex is late for work again, Cathy’s beside herself with worry. Alex finally arrives in the café, tired and hungover. He explains how he had some mates back for a house party and it got a bit out of hand. Cathy’s appalled.

Telling Jason that Tony deserves a good send off, Tracy hands him a card for Preston’sPetals. Jason can’t believe her brass neck. Zeedan confides in Alya that he may have blown it with Rana as she’s ignoring his calls. 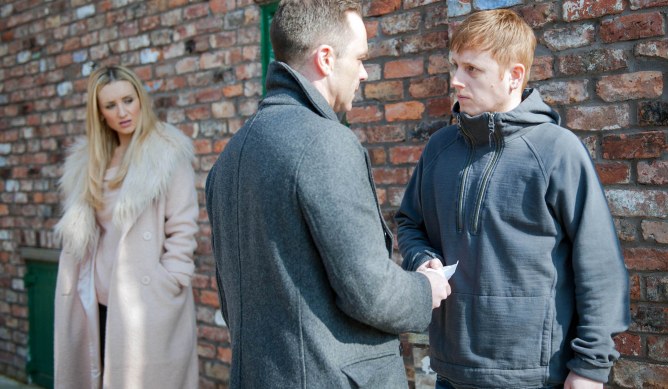