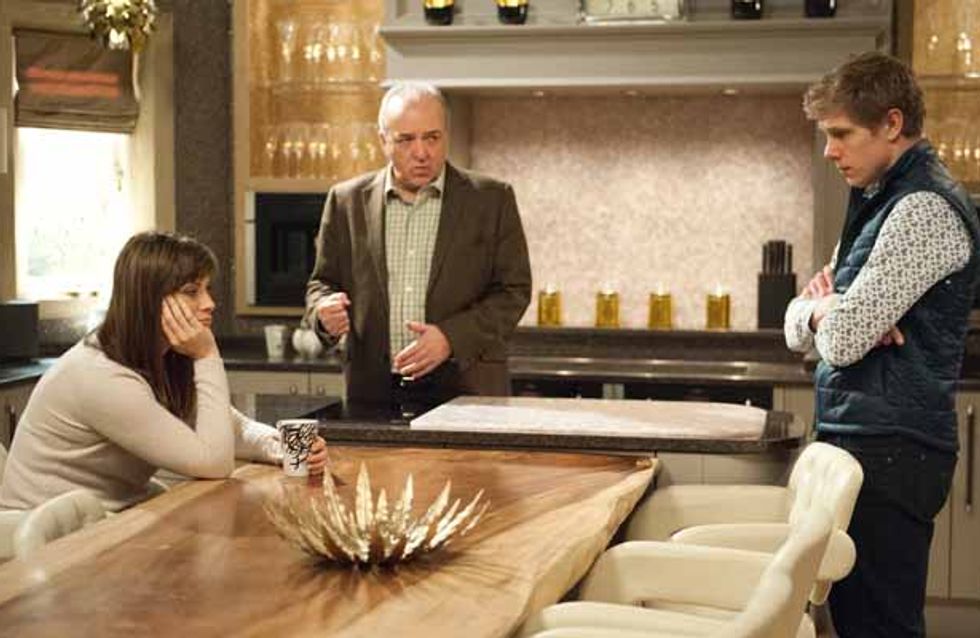 When Jenny accidentally walks into Maria, Maria is slightly annoyed but is shocked when Jenny angrily bites back. Later, as Liam and Jack play together, Jenny is furious when she catches Liam hitting Jack and vows to tell Maria how badly behaved her son was. But when a row ensues in the salon Jenny ends up slapping Maria in the face, leaving Maria completely stunned!

As Sinead prepares to leave the hospital for home, Chesney is overcome with jealousy when Sam hands her a parting gift. When Sam later tips up at No.5 to return Sinead’s favourite pyjamas, Chesney feels pushed out.

Sarah is horrified when Bethany appears ready for her first day at Weatherfield High in a short skirt and bright red lipstick.

Sophie’s suspicious of Jenny and curiosity gets the better of her when she goes rifling through Jenny’s bag to dig up some dirt. But when Jenny catches her, how will she react? And Sharif leaves Roy to do his dirty work.

Sophie is still suspicious of Jenny and doesn’t believe her when she tells them all that it was Maria who slapped her, and not vice versa. But when Sophie tries to tell her dad the truth about Jenny, he refuses to believe her when she tells him that Jenny lied about the fight with Maria and that Jenny wasn’t sacked from her job at all - she quit. Desperate for someone to believe her, Sophie tries to get Maddie on side but when even she thinks Sophie is over reacting, Sophie storms off to her mum’s.

Chesney struggles to hide his jealousy towards Sam. Picking up on this, Sam makes his excuses and leaves - but not before Sinead makes him promise to visit again. But when Sam approaches Chesney outside the chippy, Chesney is pacified when Sam tells him that Sinead is lucky to have such a loving boyfriend and promises to stay out of the way.

Sarah manages to talk Steve round and becomes the latest barmaid to grace the Rovers Return, which gives Callum the perfect opportunity to flirt with her over the bar. Meanwhile Bethany’s unfazed when Nick reads her the riot act about going back to school.

Cathy calls to see Roy in the cafe but quickly leaves in a hurry when Roy suggests a drink in the Rovers. 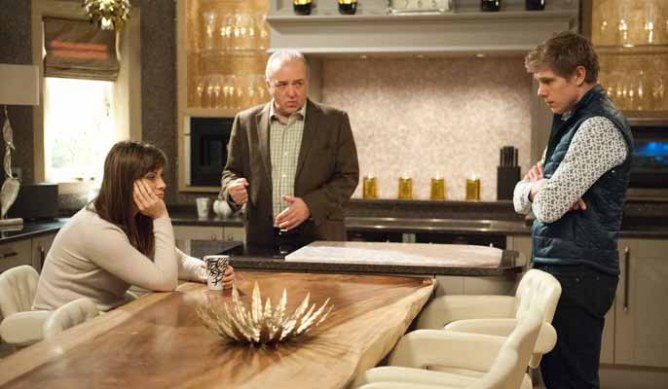 by trafico
Review full sized beauty products for us for FREE