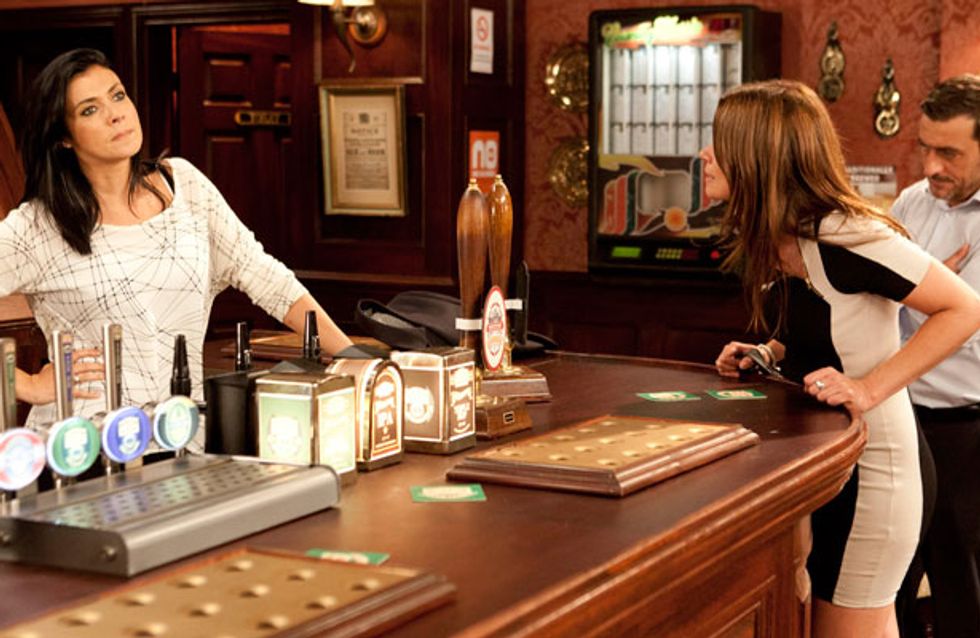 After quitting her job at Underworld, Michelle realises her limited qualifications leave her few options. Peter's still hopeful she'll come back but Michelle's stubborn and when Stella offers her some shifts at the pub she accepts. When Carla returns home to news of Peter and Michelle's spat, her heart sinks.

Elsewhere, Hayley tries to put Christian to the back of her mind as she spends the day with Ruby and Hope. But then she returns to the cafe and is floored to find her son waiting for her.

Also, the vicar's due to visit about Lily's christening and David's assured Kylie he won't forget. But at the hospital with Nick, he's only got one thing on his mind, so tries to make a semi-conscious Nick believe the crash was an accident.

Steve wants to cheer up Michelle - she's fed up after her row with Carla and another run-in with Ryan about his casual attitude to life. He decides to have a word with Stella and put a plan in place.

Meanwhile, Carla warns Peter not to let her down - especially after she's fallen out with her best friend for him.

Elsewhere, a flustered Hayley keeps her illness from Christian and instead tells him a family bereavement made her get in touch. Christian is clearly saddened by how the left things and is appalled by his behaviour. Will the pair be able to reconcile as Christian tells Hayley about his own family?

Also, David tells Leanne he was trying to plant happy memories in Nick's subconscious. When Nick comes round, he locks eyes with David - but what will he remember?

Meanwhile, Kylie's fuming with David for missing their appointment with the vicar. 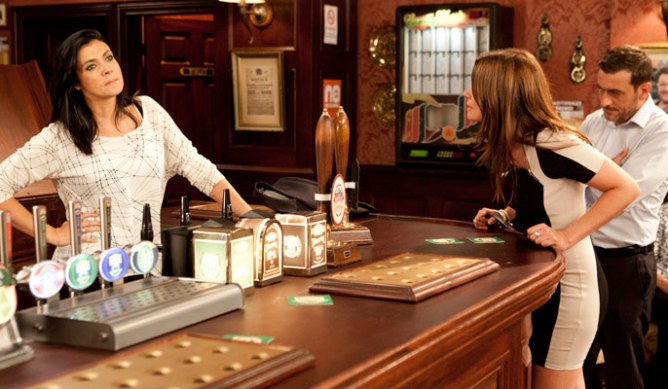