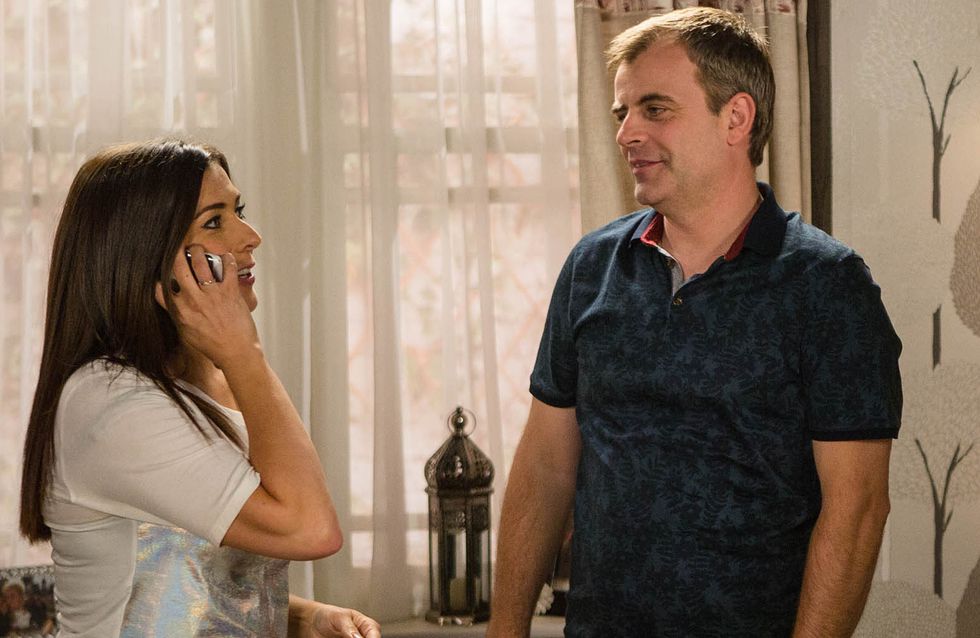 Michelle puts pressure on Steve insisting that a baby of their own would be the best thing ever but Steve remains unconvinced. Steve confides in Dev howMichelle has become fixated on having a baby. Dev reckons that if he loves her as much as he say she does, he should be prepared to make that commitment. Steve arrives home and announces toMichelle that after a long hard think, he reckons a baby would be the best thing for them.

Having taken Jenny’s words on board, Johnny tells her he’d like them to start again and he’s booked them into a posh hotel for the night. Jenny’s thrilled. Hungover Beth arrives late for work and Kirk assures her he clocked her in when no one was looking. Jenny takes Johnny to one side and gives him the heads up on Beth and Kirk’s ruse. Johnny confronts Beth and Kirk and tells them if they pull the same stunt again they’ll be fired. Jenny suggests to Johnny they should keep their relationship under wraps for the time being as she can behis eyes and ears on the factory floor. Johnny’s amused. Meanwhile Johnny announces that Alya will be moving her desk back into the office.

When Todd receives a text from Billy his face lights up,Eileen’s immediately suspicious wondering if he’s got a new man in his life. Todd and Billy secretly arrange a day out to Formby but agree that they need to work out how to break the news of their relationship to Sean. Meanwhile Billy calls at No.8 to discuss Kylie’s funeral arrangements. WhenDavid hands over a list of requirements, Billy’s taken aback by his apparent calm.

The police call at No.8 with Kylie’s belongings and David’s deeply moved to see his blood-stained jacket. Eva arrives home from France and is shocked when Leanne tells her she’s pregnant.​​​