Tina still has it in for Tracy after receiving a hefty bill for the smashed shop window, despite Rita’s attempts to end the feud. Rob guilt trips Tina with poor Rita and offers to pay for the repairs if Tina publicly apologises to Tracy, but will she accept?

A recovering Nick pushes himself too soon after he is given hope that Leanne will come back to him, whilst Gail confides in Kylie that she's worried that he's getting his hopes up for nothing.

Faye is not happy when Tim moves his stuff into Sally’s, but perks up when Grace offers to help her make Sally’s life a misery. Uh oh!

Elsewhere, Peter introduces a bonus scheme at the factory for the most productive worker, an incentive that Carla is not too happy about.

Rob tries to hide his deal with Tina when Tracy catches on, but when Tina learns that Rob tricked her into doing a deal with him by inciting Rita, she angrily reveals his actions to Tracy. Humiliated, Tracy begins to question her relationship with Rob.

Nick officially pushes it too far and suffers a panic attack, only to be helped out by a concerned David. Although David is truly worried about his brother, will Gail, Audrey and Kylie let him back into the fold?

With Grace’s help, Faye asks Anna if she can throw a Halloween party whilst playing the pity card. Will Anna fall for it? 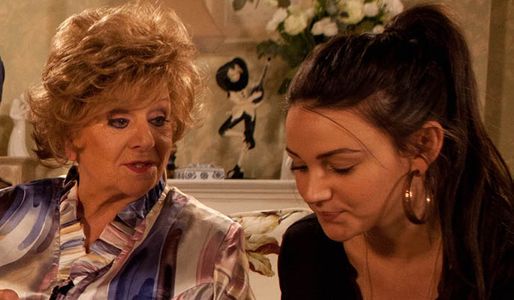