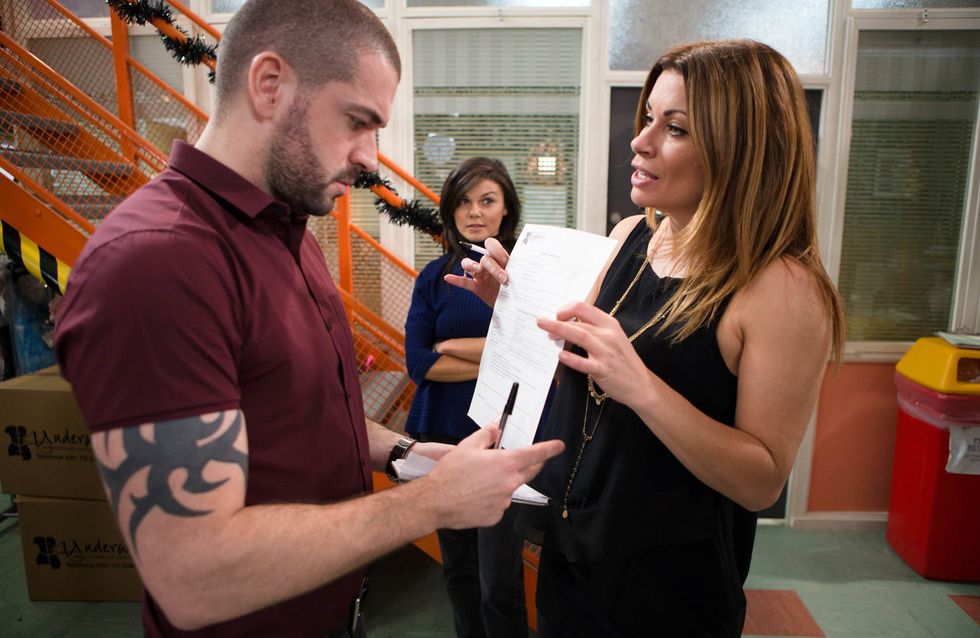 Johnny receives an email which leaves him reeling. After confiding in Liz she advises he come clean to his family. Carla’s about to set off for an evening out with Roy when Johnny ambushes her and insisting they have to talk, drags her back to his flat. Carla’s concerned.

Having spent the night at No.5, Tracy confides in Beth that she still loves Rob and intends to make their relationship work. Tracy visits Rob in prison and tears a strip off him for his handling of Robert. Tracy assures Rob that she wants to be with him and Robert is history. But is this what Rob wants to hear?

Ken’s thrown when he receives a letter addressed to Ken and Deirdre Barlow. Putting it to one side, Ken sets off on his first bike ride with Nessa.

Whilst Fiz excitedly discusses her wedding plans with Billy, Tyrone does his best to hide his anxiety. Emily asks Norris for the password to his computer so she can email Spider in Peru. Norris is cagey leaving Emily bemused. As Aidan announces the ping-pong team, Carla reminds him of the importance of landing the O’Driscoll contract. Aidan assures her he plans to lose the tournament. Carla asks Sally to keep an eye on Aidan and make sure O’Driscolls win and sign the deal.

Johnny pours Carla a drink whilst psyching himself up to break the news. Unnerved by Johnny’s demeanour, Carla begs him to tell her what’s bothering him. Johnny finally breaks his silence and drops a bombshell that leaves Carla reeling. When Carla demands to know why he’s suddenly decided to reveal his secret now, Johnny admits that Rob’s been blackmailing him. Carla’s appalled. Meanwhile Roy’s annoyed when Carla fails to show up and he misses watching the chess match. As Carla apologises to Roy for letting him down, Johnny approaches and begs her not to spill the beans to Aidan and Kate.

Rob drops the bombshell on Tracy that he’s been leading her up the garden path, there is no appeal, he simply wanted to ruin her life as she did his. Tracy storms out in tears. Tracy calls in the bistro and lying through her teeth, begs Robert for another chance, telling him how she was never in love with Rob, it was all in his head. Will Robert take her back?

When Michelle takes a call from Ken to say that Nessa has fallen off her bike and injured her ankle, Audrey sets off to rescue them. Ken admits to Audrey that the cycling wasn’t nearly as exhausting as Nessa’s conversation and Audrey senses a glimmer of hope. 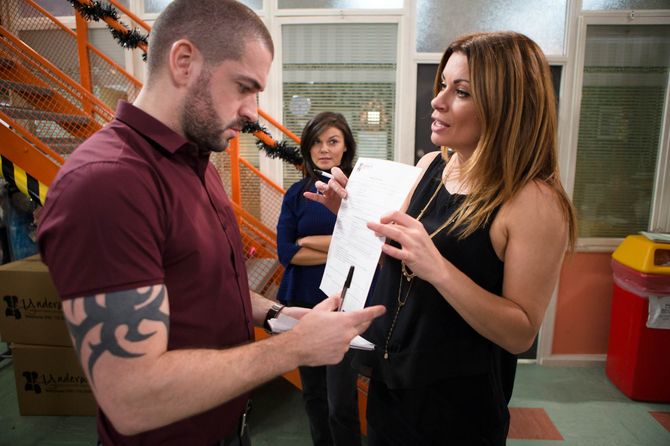