Coronation Street 29/04 - Jason lashes out at everyone 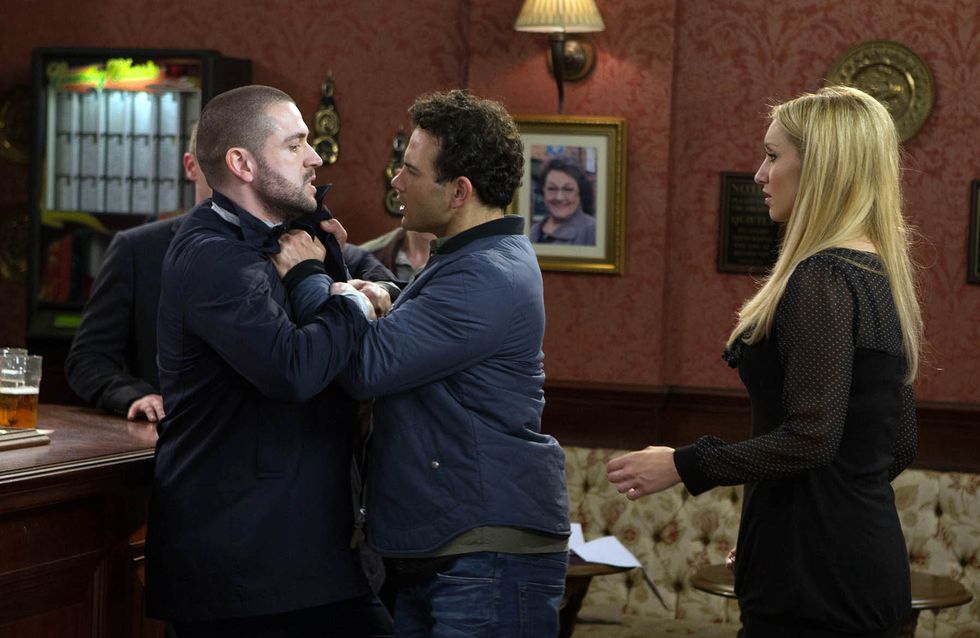 Jason, Todd and Phelan set off for Tony’s flat to start packing up his belongings. Jason, Todd and Phelan set to tidying up Tony’s flat. As Jason pulls out a suit for Tony to be buried in, he’s overcome with emotion and heads out upset. Phelan lies to Eileen making out he’s got to find new digs. Eileen takes the bait and thanking him for all he’s done for Jason, insists he must move into No.11. In the Rovers, Eva and Aidan do their best to comfort grieving Jason but Jason turns on them, giving Aidan a violent shove.

As Nick appears in his running gear, he careers into Kylie spilling her drink. He stares at her, struggling to recognise her and Kylie’s concerned. Nick confides in David that his brain injury symptoms are getting worse and at the doctor’s recommendation, he’s going for a scan. David urges Nick to tell Carla.

Eva tells Sean about Billy’s kindness towards a homeless kid the other day and how he gave him £20. Sean swells with pride. Sean compliments Billy on his good deed unaware of Billy’s discomfort. Billy gets a call from Lee begging him for more money.

As Audrey leaves the Kabin, Ken gazes wistfully after her. Rita suggests Ken should hurry up and make a move. Ken calls in the salon and invites Audrey for a drink. Making out to Zeedan that her phone’s been playing up, Rana suggests a drink after work. Alya reckons Rana is taking him for a mug. When Zeedan clocks Rana flirting with one of the doctors outside the medical centre, he heads over and quickly introduces himself as her boyfriend. Alex asks Cathy to let him stay with her as Nessa is trying to force him to move to Scotland.

As angry Jason locks horns with Aidan, Phelan wades in and threatens Aidan. Johnny comes to Aidan’s rescue and punches Phelan. Billy threatens to punch both of them if they don’t behave. Insisting he wants to be on his own, Jason heads out of the pub. Eileen watches him go, deeply concerned. Aidan and Eva put pressure on Johnny to apologise to Phelan. Eileen breaks the news to Todd that Phelan is moving in. Phelan finds Jason on Maxine’s bench. An upset Jason admits he feels lost without his dad. Phelan gives him a comforting hug before heading off. Johnny catches up with Phelan and apologises for their earlier spat. Phelan’s unimpressed and promises Johnny he’ll have his revenge. Having overheard their exchange, Jenny’s intrigued.

Having overheard Nick on the phone, Carla wonders who he was talking to. Nick covers, making out he was organising a surprise for his bride to be. Nick calls at No.8 and confides in David his scan is booked for Monday and if it proves he can’t be a proper husband, then he can’t marry Carla.

Annoyed at having been stood up, Ranaheads to No.6. She’s stunned when Zeedan dumps her telling her she’s a flirt and he won’t be messed around. Alya tells Zeedan she’s had Rana on the phone in tears. When Zeedan explains that she’s a game player and got what she deserved, Alya’s impressed.

When she hears that Nessa is moving to Inverness with her new boyfriend, Cathy promises Alex he can come and live with her and Roy. Ken’s disappointed when Kylie and Freddie gate-crash his date with Audrey. Lee approaches Billy and begs him for more money. How will Billy react? 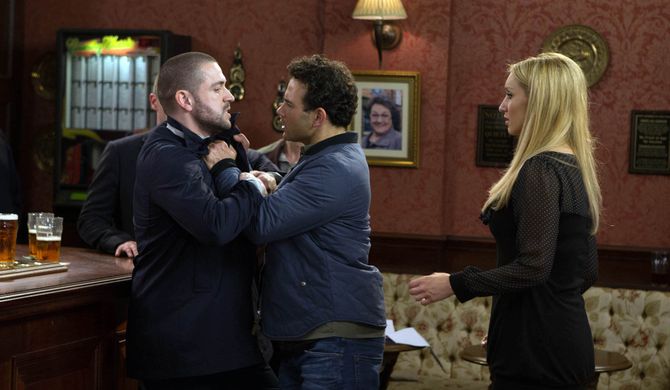